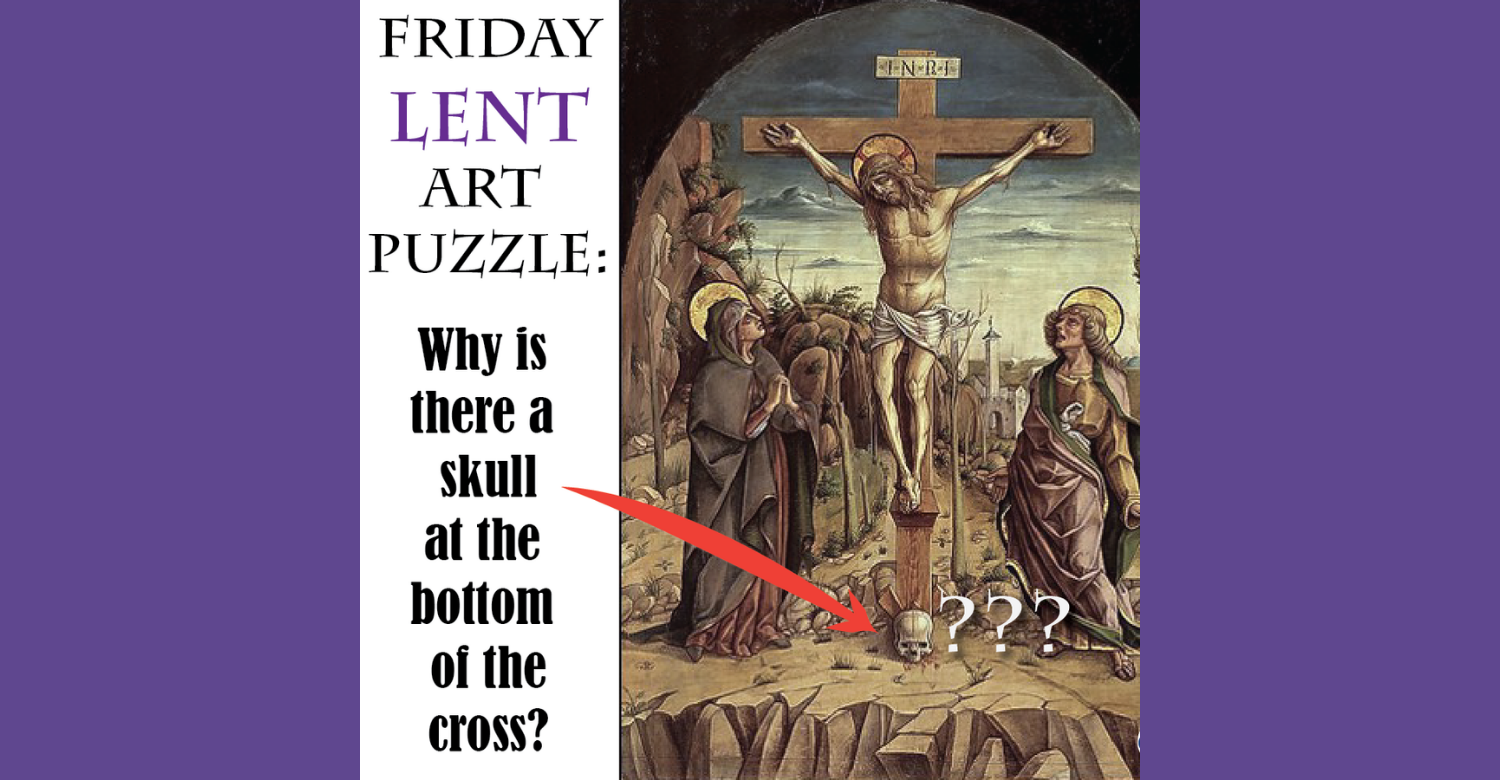 Christ's crucifixion on Good Friday is one of the most popular images in Christian art. So, for the next few Lenten Fridays, I'll be looking at some of the hidden meanings in paintings of the crucifixion. Today we start with a detail that shows up in many images: there is a skull at the bottom of the cross. What's it doing there?

Christ was killed on a hill called Golgotha, which means “skull” in Aramaic, the language Jesus spoke. In Latin, skull is “Calvariae,” from which we get the name of the hill where Christ died, Calvary. That might seem like a good reason to show a skull at the bottom of the cross. But this wasn’t a place for burial, just for torture, so there wouldn’t have been random skulls lying around.

Instead, the skull at the bottom of the cross is meant to represent Adam, the first man. In his letters, the apostle Paul argues that Christ is the new Adam (1 Corinthians 15:22). Death came into the world through Adam’s disobedience, when he ate from the forbidden tree. Christ undoes that sin by being perfectly obedient to God, willingly dying on the cross for humanity. The full theological significance of Christ’s death on the cross has been debated for centuries, and there is no space here to do it justice. But in paintings, that idea about Adam and Christ was presented in shorthand by implying that Christ had died on the same spot where Adam had been buried. Christ’s death completed a circuit, and gave humanity a new lease on life, indeed, providing us access to eternal life.

It was a popular belief that after Jesus died, He went to the underworld to preach the gospel to everyone who had ever died, including Adam and Eve. Medieval paintings depict naked souls of the dead following Christ out of the underworld, led first by Adam and Eve.

So, the next time you are in an art gallery and see a skull at the bottom of the cross, be assured, it is not there as set dressing, but as a powerful theological statement. Happy Friday.