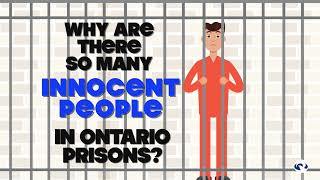 Each year, thousands of innocent people are in Canada's provincial prisons. They will not be convicted of anything, yet they will stay in prison for months awaiting trial. During that time, they often lose their housing and their jobs, even though they will be found innocent. Jails should not be storage facilities for innocent people who do not have enough money for bail, or who the courts suspect will flee. In the U.S., cities like New Orleans, Philadelphia and San Francisco have tried not placing these same suspects in prison, and have found that the majority do show up for their trials, saving the accused and the system large amounts of money. (https://johnhoward.ca/blog/6426/)