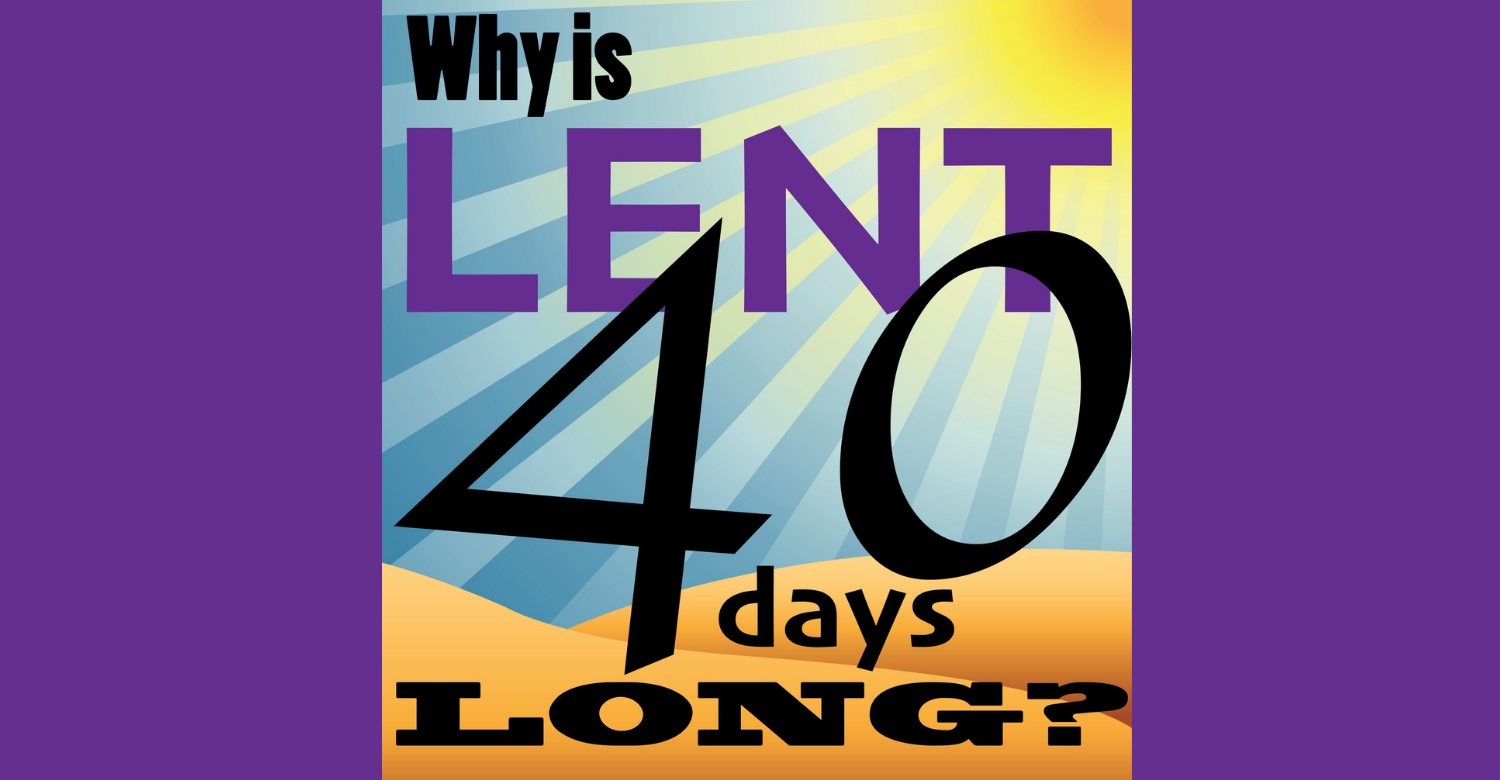 Lent is supposed to last for forty days. But why forty? The obvious answer is that 40 days was how long Jesus spent in the desert, fasting, being tempted by Satan. But why did Jesus need to stay for 40 days? As the novel Quarantine by Jim Crace shows in graphic detail, 40 days is long enough to destroy a person in the desert. Modern science tells us that the risk of dying becomes acute after 45 days, and in practice, many people suffer organ failure long before that. 40 days would certainly be long enough to start hallucinating and seeing demons, but would also probably kill a person. People back then would have known that, more of them fasted, unlike now. So why 40 days?

The number 40 is a special number in the Bible. When the flood came, it rained for forty days and forty nights. When Moses led the Israelites out of Egypt, they wandered through the desert for 40 years. Moses fasted for forty days and nights on the mountain with God when he received the ten tablets bearing the ten commandments. (Exodus 34:28). So, Christ’s time in the desert is clearly meant to remind the Bible’s readers of other periods of great sacrifice and hardship before a new stage of spiritual life began.

But that still begs the question, why 40? Why not 32 days of rain, or 21 and a half years in the desert? To the ancients 40 had another meaning. It was believed that when women got pregnant, they would not become aware of the baby inside them until 40 days had passed since conception. This was known as the quickening. Most women are also pregnant for 40 weeks before giving birth. That may be the original inspiration for the number 40 – a time of difficulty and testing, of getting really uncomfortable, and always facing the possibility of death, until at the end, new life ushers forth.

Lent is a forty day period of testing, of discomfort, which leads to new life. We get quiet, introspective, make some decisions about what really matters, and what can be discarded. Then, when Lent ends, we are given new life, through Christ’s willing sacrifice on the cross, and then His resurrection on Easter Sunday. So, over the next 40 days ( plus Sundays), get pregnant with your faith. Give yourself a chance to brood, to gestate, and to struggle a bit. It can make Easter Sunday that much more joyful.
|
Rev. Stephen Milton
Lawrence Park Community Church