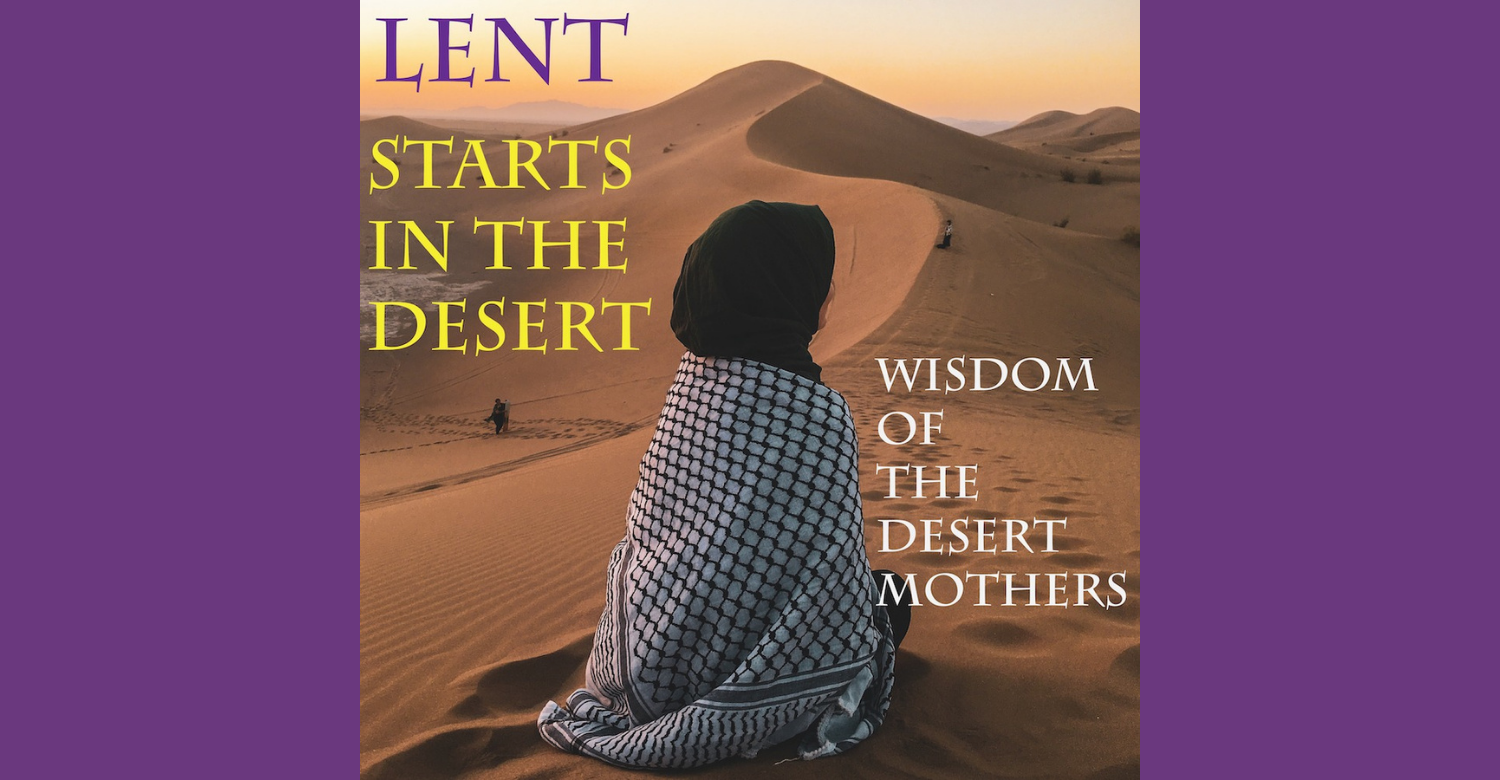 Since this is International Women’s Day, it is a fitting time to talk about the Desert Mothers, the women who decided to emulate Christ’s 40 days in the desert. When Christianity became an accepted religion in the Roman empire in the 300s, it also attracted a lot of social climbers and insincere converts. In reaction, many devout Christians decided to retreat to the desert to seek out a more direct, honest, intimate relationship with God. These hermits included women, who are now known as the Desert Mothers.

In the wilderness of Egypt and Palestine, they felt like they were reliving Christ’s trial in the desert, the inspiration for Lent. They ate little, often fasting all day until evening, and then just consuming bread and water. They were freed from the demands of raising children, and caring for a husband at home. It seemed like the perfect way to find their bliss, free of all distractions, alone in a desert cave or hut. But in practice, they found they were not alone in the desert. Their demons had come with them.

Here is a quote from one the deserts mothers, Amma Theodora. “Amma” means mother:
Amma Theodora said, “It is good to live in peace, for the wise man practices perpetual prayer. It is truly a great thing for a virgin or a monk to live in peace, especially for the younger ones. However, you should realize that as soon as you intend to live in peace, at once evil comes and weighs down your soul through accidie, faintheartedness, and evil thoughts. It also attacks your body through sickness, debility, weakening of the knees, and all the members. It dissipates the strength of soul and body, so that one believes one is ill and no longer able to pray. But if we are vigilant, all these temptations fall away.”

It was common for these desert hermits to find themselves assailed by sexual desires, jealousies, greed for the meager possessions of other monks. They discovered all society’s faults had come with them, to taunt them in their lonely cells.
Amma Syncletica said, “In the beginning there are a great many battles and a good deal of suffering for those who are advancing towards God and afterwards, ineffable joy. It is like those who wish to light a fire; at first they are choked by the smoke and cry, and by this means obtain what they seek (as it is said: ‘Our God is a consuming fire’ [Heb. 12.24]): so we also must kindle the divine fire in ourselves through tears and hard work.” She also said, “Just as the most bitter medicine drives out poisonous creatures so prayer joined to fasting drives evil thoughts away.”

The hermits chose the desert to emulate Christ’s time of temptation. In time, the hermits of Egypt and Palestine inspired the first monasteries and convents. Their sayings were collected into books which were read daily among monks and nuns for over a thousand years (and still are). Monks and nuns preserved literacy and learning when the Roman Empire fell, and education collapsed in Europe. All of this was inspired by Christ’s journey into the desert, which still inspires our Lenten journey each year. Happy International Women’s Day.