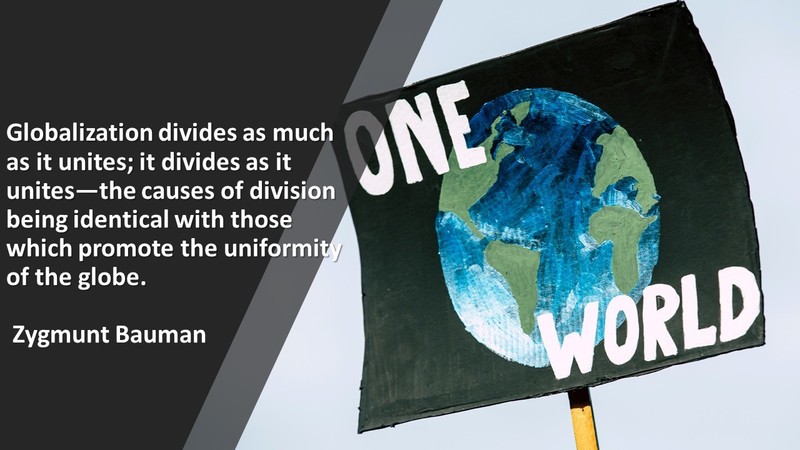 My mother grew up in the village of Veendam, in the province of Groningen, the Netherlands. By now, Veendam is perhaps a little bit larger than village-size, though not by much. Anyway, the last time my mother went to Veendam, she was sitting in the town square with a cup of coffee and a piece of famous Dutch pastry, what we call a gebakje, when an older gentleman approached her.

Now, my mother had immigrated to Canada fifty years earlier. But this gentleman approached my mother, and said, “Excuse me. You wouldn’t be Jantje Schuil, would you? Pieter’s sister?

And my shocked mother said, “Yes! That’s me! But I’m sorry—I don’t know you!”

“Ach,” said the man. “You wouldn’t. I was a friend of your older brother Pieter. But I remember that when you were little, he used to drive you around the village on his bicycle, because he had to babysit you. I recognized you from then.”

Isn’t that a lovely story? Even fifty years later, in her village, my mother was still known. She was recognized. She belonged.

I think we all long for that sort of belonging, for a village or cottage or landscape that is lodged deep in our bones, and where we feel safe and relaxed and entirely at ease and ourselves. Even though I’m piling up the adjectives, you know what I mean.

In that context, it is interesting that—in the words of a great Canadian communication scholar, Marshal McLuhan, we now live in—not villages like Veendam—but a global village. Or, to put it in political or economic language, we live in the era of globalization.

Globalization unites the world. It means winter strawberries from Mexico. In our global village, we order roses, year-round, from Ecuador. I’ve seen them growing beneath mile upon mile of plastic, all of it folded between deep mountain fissures, under the equatorial sun, high in the mountains. So. Many. Roses. They are grown mostly for us, thousands of miles distant. It takes your breath away.

Globalization means jobs because it increases economic activity all around. We provide financial services, high tech ideas, and minerals overseas, and we get cheap manufactured goods like clothing and electronics, as well as cars and entertainment and so on, from overseas. Just for example.

But of course, not everything is well with our global village. Just as my mother’s childhood memories of Veendam are clouded by nearly six years of Nazi occupation when she was in grade school, dark clouds are descending upon our global village too. Zigmunt Bauman, a Polish-English philosopher, recognizes this. He writes: “Globalization divides as much as it unites; it divides as it unites—the causes of division being identical with those which promote the uniformity of the globe.”

Globalization divides. Well, just for example, consider the movement of refugees all over the world. Even when we are all committed to embracing the least and the last, the stranger and the alien; even when we are committed to loving our neighbours, there is something about the massive movement of refugees away from their homes in Africa and the Near-East to our homes in the West, a movement both caused by and facilitated by globalization, that makes us nervous and anxious, like a severe weather or tornado warning might make us anxious. Here’s a video where Bauman describes that anxiety.  https://www.youtube.com/watch?v=_Qlv8pqtTss

The global refugees coming to Europe’s shores, or landing at Pearson, or trying to find their way from Mexico past Trump’s wall to the USA are symptomatic of a disturbing truth. Since our world is a village people geographically from afar may nevertheless join us as if they live next door.

Globalization has benefits, but it also has costs—it unifies and divides. Again, for example, consider just how quickly COVID-19—or SARS, or AIDS—travelled around the world and became global problems due to modern transportation networks. Consider how our love for Chinese products, or China’s purchase of Western debt, makes it very difficult for us to take a stand against their internment of hundreds of thousands of Muslim Uigars or their quashing of Hong Kong’s freedoms. Global warming means that even if we fix our Canadian end of the carbon pollution problem, we are still likely to suffer if other nations don’t follow suit.

Meanwhile, subsistence farmers in Africa are unemployed because excess cheap Western grains and processed foods are entering their markets through free trade and making their farms economically unviable. These unemployed farmers then go bankrupt, sell their land for pennies on the dollar to big corn or palm oil growers, and become refugees or easy pickings for radical militants. Our world trade ideals sometimes lead to terrorism.

So, for these, and a hundred and one other global crises, we are anxious. And adding to our burden is the feeling that our own personal actions—wearing masks, driving hybrid cars, buying from local bookstores, donating money to Human Rights Watch or whatever—our own personal actions cannot by themselves solve the huge challenges of racism, or COVID-19, or global warming, or economic inequality that we face.

And yet, the result of that personal anxiety, even if unavoidable, can be toxic. Anxiety paralyzes us, depresses us, or perhaps worse—it turns us, as Canadians, inward, that we start thinking only of ourselves, of only our national interest, so that we adopt the language of making Canada great again, or slam the immigration doors shut, or ignore or even deny the science so that we can blissfully carry on without making sacrifices—for now.

So, what can we do to properly face up to the global village’s problems and the anxiety it causes us? Well, it won’t surprise you that as “just another citizen” I don’t know nearly all the answers. But there is a passage from the book of Acts—the one we heard Barbara Ryder read—that suggests an attitude change that will at least give us a compassionate perspective on today’s global problems, while assuaging our anxiety.

It’s was like this. In the beginning, at the very start of Jesus’ new community, the church encountered a problem. You see, idealists that they were, they had gotten into the habit of selling everything they had and sharing the cash with other church embers as each had need. Not a system guaranteed to work for very long, but they did it with the best of idealistic intentions. They were following Jesus, after all.

However, not everyone who needed financial help was actually getting her fair share of the proceeds. You see, there were two kinds of people who belonged to the first church in Jerusalem. There were what we would call, “orthodox” Jews who followed all the hundreds of Jewish laws as they understood them; and there were Greek Jews who loved their Jewish heritage but had given up on Jewish laws in order to live like liberated, modern Greeks.

Orthodox, Aramaic-speaking Jews sacrificed lambs and birds at the temple; Greek-speaking Jews exercised, naked, in gymnasiums. Orthodox Jews kept Kosher kitchens; Greek Jews ate meat sacrificed to idols. This conflict, in ancient Jerusalem, always threatened to spill over into civil unrest or even war. So, it was a small miracle that Jesus’ story was amazing enough to attract both orthodox and Greek Jews to the baby church, where they tried to make peace.

However, the Orthodox Jews, a majority, who had control of the purse strings, did not share their resources fairly with the Greek Jews. The Greek-speaking widows, in particular, went hungry.

To resolve this problem, the church selected several men to fix all the church’s property and finance issues. And the amazing thing was that to fix the problem the church selected—we can tell by the names we read, all Greek names: Stephen, Philip, Prochorus, Nicanor, Timon, Parmenas, and Nicolaus—the mostly orthodox church selected only Greek Jews, only the children of those hungry Greek-speaking women, to take complete control of all the financial leadership of the church.

Amazing. For us, it would be like putting people with the biggest mortgages on the boards of banks. Like putting homeless people on Toronto’s City Council. Like appointing First Nations people to run the Department of Indigenous and Northern Affairs. Very idealistic. Irregular. Most people will think, “unworkable!”

And yet, here’s the thing. Whether we see it or not, churches are actually mini-villages, like my mother’s Veendam. Churches are community that has belonging in its bones and neighbourliness at its heart. Our example of selflessness, of sacrifice, of putting the stranger and the alien first is not just what Jesus would want us to do; our example is a light set on Rattlesnake Point, so that everyone in Toronto can see in micro, in us, what the macro world could be. In churches we can do “small” what the world must someday do large. And while our influence is not guaranteed, the world needs laboratories like ours for demonstrating global solutions for the healing of the nations.

And wrapping ourselves in dreams that we are actually trying to make real—whether through donations or letter writing or building the community of care and concern that we love, here at LPCC—working hard to make our dreams come to pass offers us the thrill of an adventure . . . which, believe me, is going to be much more fun than wallowing in anxiety.