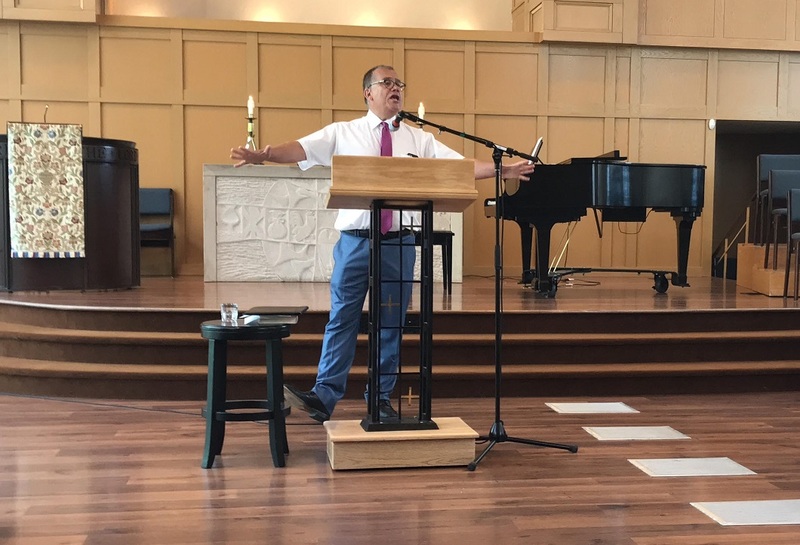 “See, I am sending you out like sheep into the midst of wolves; so be wise as serpents and innocent as doves.”

The truth about humans, says Jordan Peterson, is that we are like lobsters.

Lobsters live in the sea of green beneath the waves. There, they hide under rocks and eat whatever edible garbage sinks to the ocean bottom. Not a life of ease. I wouldn’t like to be a lobster.

Now, some bits of seascape are more lobster friendly than others. These ocean plots have a great shelter and get more than their fair share of food floating to the bottom. Lobsters know this and they compete with each other for the best property. It’s a lobster-eat-lobster world down there.

Lobsters compete by waving their antennae threateningly; they swing their legs here and there; and they spray each other with chemicals that say, “out of the way, or else.” They thrust and parry with their claws and exoskeletons, and—if none of this works—fight until one knocks the other upside-down.

After the fight, the winner takes the real estate, and the loser skulks away. Soon after, the most desirable lady lobsters throw themselves at the champion, for mating. The rest of the lobsters grovel. The big lobster has status. He is dominant, top dog—or crustacean—and gets whatever he wants from all the other shrimps.

There is more. Lobsters don’t actually have brains, but they do have a few tightly packed neurotransmitter nodes—an early evolutionary step towards a brain. When a lobster wins one of these property wars, this micro- sort-of brain makes a chemical called serotonin. Serotonin does many things, from aiding digestion to helping brain cells communicate. In lobsters, producing lots of serotonin makes you—drugs you—into acting like a confident and aggressive lobster of high status. Less serotonin in lobsters is associated with the meek and mild behavior of a loser.

Lobsters also have a sixth sense about who has more or less serotonin. They honor and obey the lobsters with the “mostest.” They treat the winning serotonin-sotted lobster as big man on campus. At least until infirmity or age leads to a lost fight. I wouldn’t like to be a lobster.

What interests Jordan Peterson about this deep-sea drama is that he thinks it is a pretty good picture for how humans behave, too. He notes that we humans have serotonin in our brains, too, because humans and lobsters share a common evolutionary ancestor. Then, he argues that this brain structure means we too are forever chained to the whims and drives serotonin still produces in us. For that reason, whether we like it or not, he believes that human life, like lobster life, is essentially “my” personal battle against all others for status and dominance. He argues that we are hierarchal beings driven to climb the ladder, even if it means pushing other people down. He thinks it is normal for men to want as many women as possible and for women to exercise their power through refusal, if they are able.

That’s why, says Peterson, even losers should stand up straight with their shoulders back. This will impress other people, and if they are impressed, your brain will unconsciously respond by making more serotonin which will make you more powerful and stronger which will make you walk with your shoulders further back, and so on, a positive feedback loop that will soon make you into a Neptune of the ocean deeps, or maybe King on Bay St.

What are we to make of all this? A few things. First, it deserves to be said that apart from all the biological and spiritual objections I have to Peterson’s ideas, standing up straight with your shoulders back is, on the whole, good practical advice in many, if not all, situations.

Proverbial advice is like that of course. Such advice is always context specific, and never a general rule that always applies. Proverbs are “sometimes yes, sometimes no,” sort of things. That’s why there are so many contradictory proverbs. For example, which should it be: The pen is mightier than the sword, or actions speak louder than words? Which should it be: Good things come in small packages or the bigger the better? Which should it be, “standing up straight with your shoulders back” or, “If any want to become my followers, let them deny themselves and take up their cross and follow me.”

I mean, standing up straight with our shoulders back usually looks good on us. Refusing to stand up straight with shoulders back may lead to adopting the iPhone slouch, which in turn causes myopia and middle-aged back problems. Standing up straight may send positive middle-class, white-privilege, vibes out there into the business world or the gym or the Yorkdale customer you’re serving. This is social convention, like a firm handshake or dressing for success. And people do notice, and even if they don’t bow, they are usually suitably impressed. In fact, as many of the youth in this church who have spoken from this pulpit can tell you, I usually tell them, before they read scripture, to “Stop. Stand up straight, shoulders back. Look out at the audience. Smile. Read slowly.”

So, second, it is when you dig a bit deeper that what Peterson says—or rather, why Peterson says this—that his advice becomes problematic for me. You see, what Peterson describes is a modern human world where, we are told, an ancient biological instinct, the drive for individual dominance—is nevertheless inescapably normative or right, for now. That is, Peterson writes as if the fact that lobsters want to dominate each other by climbing the social hierarchy is a universal animal law built into our genes in such a way that the good life can only be one where we struggle to dominate others in order to become top dogs. This is called biological determinism.

The trouble with this view is that humans have undergone a whole lot of evolution since we shared an ancestor with the brainless lobster. We’ve added cranial capacity, including a frontal cortex and a cerebellum, and other odd bits of brain, so that we are no longer driven merely by instinct rooted in the most ancient part of our brain, the tiny amygdala. In a way, Peterson wants to hitch the whole of human meaning and happiness onto how successfully individuals succeed at satisfying urges and instincts rooted in the most ancient echo chamber of our pre-brain evolutionary selves from billions of years ago.

Now, I would never deny that there is an ancient animal amygdala that still whispers (or even sometimes shouts) at us in the present, and that it gives us things like fight or flight reflexes, and that some humans are very competitive and want to dominate others. But the truth is our brains also now get to make rational choices and community choices about what matters. We are not prisoners to the lobster part of our brains. Humans have much more grey matter to work with than lobsters. For example, we can use empathy rather than brawn to solve some problems. We can rely on family or committed communities we voluntarily join to give us a rich emotional life, even if we walk with a slouch or are differently abled so that we can’t stand up straight. We can choose to sacrifice resources like cash or time in order to live a quiet retirement or volunteer at an inner city shelter or donate to a great museum. Unlike lobsters, we can make moral choices about which values and goods are the most important to us and which we will therefore strive for.

Third, one of those moral choices most of us have made is this: while the individual is important to us, the community and its needs are too. And communities work best when they are tied together not by dominance, but when they are tied together by deference rooted in chosen values and ideals like love and kindness and long-suffering and compassion and justice. Sure—the individual in us wants to personally succeed, but all of us also want to belong, to be attached, to others in emotionally rich and satisfying ways that the lobster can know nothing of. Dominating others may be an instinct built into some of our genetic heritage but our big brains mean that getting along cooperatively is a possibility too. We can choose communal ideals and soulful action.

In fact, instead of being led by the nose of our most ancient animal instincts, Jesus uses quite a different animal analogy to describe how we should live. He said we should be as wise as serpents (who were, in the ancient pre-scientific world, considered to be very wise indeed), and as harmless or gentle as doves.

Jesus is all about our rising above basest instincts and using our entire brain to accomplish not merely personal dominance, but to build a community of mutual care, of shared flourishing. Such flourishing takes more than individual animal drive and serotonin; it requires using the wisdom of the whole brain, and the brains of others, to determine the wisest path forward. And the twist that Jesus—who knows that those who live by the sword die by the sword—the twist that Jesus adds, is that besides being wise we should be gentle. We should be humble, patient, kind, looking to the welfare of others rather than to their defeat or submission. We choose to love our neighbours as the first priority.

So sure, in your day to day activities, head up, shoulders back, stand up straight. That is a short-term strategy that is sometimes useful, especially for the lobster in us. On the other hand, be as wise as serpents—use all your brain, not just your base instincts—be wise as serpents and gentle as doves, choosing love rather than war, peace rather than strife to achieve your aims in life. This is the sort of human flourishing that Jesus preached and lived.

And so, while I would like to be a lobster, I do want to be like Jesus.