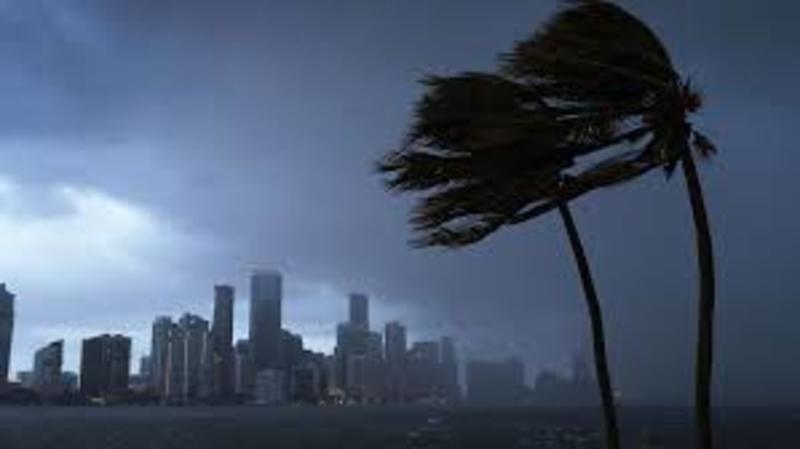 One Friday, before Joe left for work downtown, he opened his Waze app and typed in “work” as his destination. Waze continuously tracks all of its users while they drive, and by doing so, maps out the fastest route to any destination. Along the way, Waze uses the electronics, algorithms, street maps, computer code, and even geography to do so. It is a very cool app. And so, though Joe didn’t understand the engineering or science behind Waze, he loves how it saves time, every day. He trusts it.

This morning, Joe’s drive was not without incident. He listens to Radio 590, The Fan. But Joe accidentally hits a button on his steering column, and his kid’s rap music comes on. So, Joe takes his eyes off the road to change the station back, for just a second, and in that moment, a car in front of him slams on its brakes. Joe would have hit that car except that his car automatically slammed on its brakes too, sensing that an accident was imminent. Joe didn’t even know his new car had an accident avoidance system—but this morning the engineering and science behind it saved him anyway. Joe was impressed.

At work, early, Joe booted up his computer and surfed over to 23andMe, a genealogical research lab that reads your DNA and compares it to the DNA of other people who have sent theirs in. A few months ago, Joe sent 23andMe some saliva in a tube. Joe is an adopted child and has never been able to connect with his birth family. This morning, Joe’s results have finally been posted. He discovers three likely second cousins. Joe doesn’t know it yet, but later that month, as a result of this DNA matching, he is going to meet his birth-grandparents. The science is way above his head, but he trusted the biologists enough to give it a whirl.

That afternoon, Joe knocks off early. He’s going to fish for brook trout at his cottage with his buddies. Joe doesn’t know this, but forty years ago, his lake nearly died due to acid rain. When scientists raised the alarm, Ronald Reagan and Pierre Trudeau enacted a series of laws to reduce Sulphur emissions, so that Joe’s lake and many more like it are now full of fish. In fact, thanks to those scientists, he’s always counted on catching them.

Joe buys and sells bonds for a living. He has a good life. Between algorithms he doesn’t understand, the engineering in his car, nuclear DNA and mitochondrial genome science that is way over his head, and governmental action on Sulphur and ozone emissions, science has made his life a lot better. He’s also a two-time cancer survivor, thanks to MRIs, radiation treatment, and new chemo drugs. He never doubted that his doctors were the best, and would use the best techniques to heal him. And now, he hopes to live a long, happy life.

Modern sciences: math, engineering, biology, chemistry, have made our lives better. Joe hardly thinks to thank the Nobel prize winners, GM engineers, 23andMe biologists or Sunnybrook doctors for all this good stuff, though. He takes it in stride. He expects it. We all do. We hardly ever say prayers of thanksgiving for these gifts—unless it’s under our breath, as when Joe muttered, “thank god,” when he avoided an accident. We trust today’s science and the scientific method it uses, and depend on it for the most comfortable lives humans have ever lived.

Anyway, Joe and his buddies go to the cottage. They catch a lot of fish. And at the end of the day, they light a fire down on the beach, pour themselves a scotch and talk. Of course, they do. It’s the good life.

Eventually the conversation turns to climate change. A new government has come into power. It has cancelled several environmental programs. A new leader has publicly expressed doubt as to whether or not climate science can be trusted or whether anything can be done about warming temperatures, anyway.

“Yah,” says Joe. “I don’t believe in it either. How can they know? Do these scientists think they’re gods? Anyway, the weather changes every week, every year,” says Joe. “Two winters ago? It was cold. Water main burst in front of the house. Basement flooded. Don’t talk to me about climate change. It’s a hoax. Some pointy headed guys in lab coats trying to get promotions. I’m with Ford and Trump and the pipeline companies on this.”

Well, what do think? Is climate change a hoax or not?  Canyoutrust the overwhelming consensus of scientists when it comes to climate change? Like you trust your doctor or the physicist who figured out how to make MRI machines work? Or here is another question. Even if—and there isn’t, but let’s just pretend—even if there was doubt about the long- and short-term impact of climate change, would you dare take a chance on it? Cross your fingers and hope for the best, because that is easier than doing something about it? Like, would you drive your car if the brake pressure light went on? And for how long? How much are you willing to risk to leave the status quo alone?

Look, we all depend on the findings and theories of science, every day, for every piece of our good lives. We trust the science behind auto radar and Waze, the science that makes computers work and that predicts tides and eclipses. We trust the science of DNA to find relatives and rapists, and we have, in the past, trusted scientists to clean our air and reduce acid rain and clean up the great lakes.

And now, scientists tell us that climate change—unless we act now—is going to transform our world so dramatically, so fundamentally, that our grandchildren are going to suffer serious harm to their living standards. It will result in massive movements of climate-change refugees unlike anything we have seen so far. Climate change will contribute to the largest extinction events since the dinosaurs.

Mind you, it isn’t a few lone scientists saying so. All of them are saying so—or, at least, such a high percentage of them that I wouldn’t want to bet a plug nickel on the tiny, tiny group of them that still question some aspects of these trends. The latest report by the United Nations Intergovernmental Panel on Climate Change warns us that unless serious efforts are made over the next ten years to change course, it will be too late. I won’t go through all the data here, since tons of it is at your fingertips. Read the report yourself. But I warn you that there are some groups out there, mostly funded by libertarian or very partisan industry organizations, that try to tell a completely different story to provide cover for a certain brand of politicians to deny, deny, deny. History will roundly condemn these short-term, me-first, see-no-evil, hear-no-evil leaders.

Meanwhile, as a society we refuse to deal with more and stronger hurricanes, and rising sea levels, and dying corals, and plunging insect and amphibian populations, and droughts in Africa so severe that whole peoples are migrating to Europe, or drowning to get there.

Here in the West, our wealth and—to some extent—our geography, may protect us somewhat in the short term. But you just wait.

The writer of Psalm 19 exalts God for the beauty of creation. But he, or she—the Psalmist was most likely a man—also warns his audience that when it comes to God’s laws, including stewardship of the beautiful garden of creation; when it comes to God’s laws it takes an act of will to abide by them and uphold them. You have to choose. The Psalmist warns us not to be fooled. He says:

“Clear me from hidden faults. Keep back your servant from the insolent; do not let them have dominion over me. Then I shall be blameless, and innocent of great transgression.” And who are the insolent? I’d say those who, for whatever personal or financial or political reasons, would rather, for short-term gain, destroy the earth as we know it than make costly, sacrificial changes today.

When it comes to climate change, false prophets are crying, “Peace, Peace” when there is no peace. And if enough Joes choose these prophets of all’s well instead of serious climatologists who dare to tell the truth in difficult times, you can be sure that ruin and defeat will follow for us as surely as it did for Old Testament Israel.

So, what is it going to be? Are we going to go with our most comfortable, uniformed hunches, the ones that require no sacrifice, no changes in habits, no tax increases, no action on behalf of the planet or its creatures or our children? Or will we make big sacrifices, like our great-grandparents did during the depression, and our grandparents did during the Second World war—will we make big sacrifices in what we buy and how we vote, how we run our corporations and which ones we invest in—will we make big changes now, for the sake of—well, everything good that we have taken for granted for too long?

An idyllic future will not fall into our children’s laps, from the heavens, regardless of the choices we make. Joe—who otherwise would never question the opinion of a single scientist, never mind a scientific consensus—Joe and the insolent politicians who have his ear are, biblically speaking, fools. Peace, when it comes to climate change, peace must be waged by us, now, tooth and claw, urgently, if we are going to turn the corner on this.

But this morning, Joe is not going to have the last word, at least not here. We are in serious crises, as serious as that of the cold war or the bubonic plague. And, until we act, personally and as a society, to tackle climate change, you will not hear “peace, peace,” from me.