Audio file, PDF and Text available for this sermon 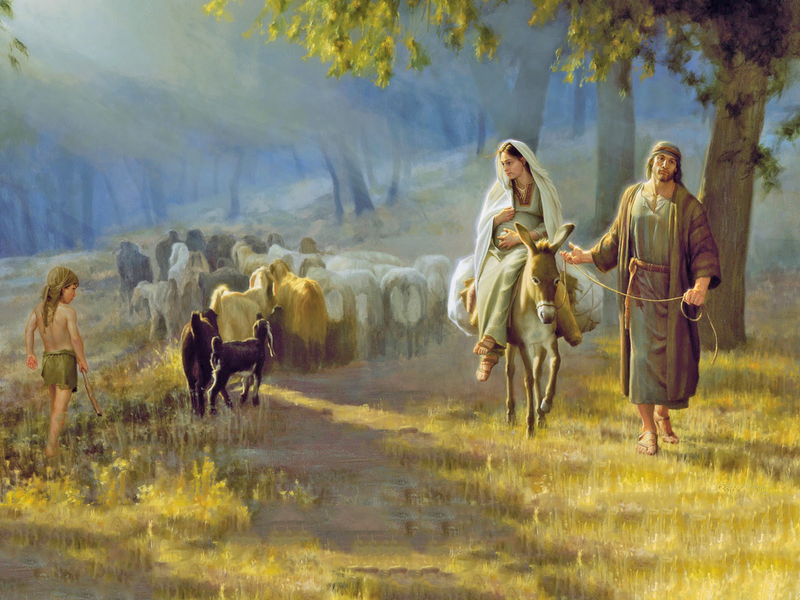 PDF is uploaded so you can print off yourself under Sermon Notes.

Video file also attached and available above for your listening pleasure.

Sermon is printed below.

Are you ready for tomorrow? It’s the big day. Are all your presents wrapped? Is the turkey,thawed out, the vegetables purchased, the last online order delivered? Maybe not that last one. All over the city, people will soon be going to bed hoping to wake up to a day that is as close to perfect as it can be. Kids will wake up early, but hopefully not too early. Gifts will be opened, people will be happy with what they have received, and grateful, too. Long shot gifts will prove to be just right. And even when you’re way off, the person who receives the present will be gracious and polite, even if they haven’t been that size for a while. Relatives and close family members will all get along tomorrow in a way that hasn’t been possible all year. Christmas is the day when everything goes absolutely right – a day of peace, harmony and good cheer. That’s the hope at least, and it’s what we want most, over and above all the presents and good food.

But there is a paradox at the heart of our Christmas celebrations. The inspiration for this perfect day is a trip taken by Joseph and Mary 2000 years ago when absolutely everything went wrong. Mary was probably a teenager, perhaps just 16. She is days away from giving birth , which means it could happen at any time. But instead of being at home safe with her female relatives and midwives, she is on the road with Joseph, heading off to Bethlehem. Tradition has it that she was riding on a donkey, which is by definition, a bumpy ride – not at all what you need when your water could break at any moment. Was Mary fuming, or just scared that she might have to give birth in the desert? Did Joseph feel humiliated, his manhood undermined yet again by the Romans, who had the power to order Jewish men around as they pleased?

And when they arrived in Bethlehem, it only got worse. The inn was full, the only place to stay is in a stable, which stinks with the smell of animals. We can imagine what is going through Mary’s mind. I am carrying God’s child, couldn’t he be born in a palace? Or at least somewhere safe? How could this all go so terribly wrong? Has God no control over these things? And then, when the child is born, as Mary lies exhausted, a bunch of men who smell like sheep and the fields show up. Perfect strangers. Have they come to steal what little we have? But no, theyinsist on seeing the newborn baby – a bunch of dirty men barging into this most intimate of moments.

The scriptural passage gives no hint of how Mary and Joseph were feeling. But imagine if something like this happened to you. You’ve booked a trip with your partner to go on a beach holiday down south somewhere. On the plane, it seems like every infant on board has colic, or an earache, or both. They cry when the plane takes off, complain as it flies, and then cry again when it lands. Once you’re on the ground, you’re relieved, now things will get better. But the only thing cool on the bus is the beer – the bathroom is out of order, and if this bus ever had air conditioning, it doesn’t now. And how does the bus driver know to hit every pot hole?When you arrive at the resort, it turns out your reservation is for tomorrow night, not tonight. There
are no rooms. So, they give you two cots in the garage where they keeping the lawn mowers. It smells of grass and gasoline.

That’s the kind of trip Mary and Joseph had. They had every reason to be furious, bitter, sad, shocked. And yet, that’s not at all how we feel at Christmas. Instead, the vision of the baby Jesus lying in the animal’s trough, the manger, fills us with a sense of peace and wonder. But why is that? It isn’t because their trip was so wonderful.

Perhaps what makes that night in the stable so special is what happened later, when the baby grew up to be Jesus. When he began preaching, he had a way of making bad things better. He spent his days walking the dusty, hilly roads of Galilee touching people whom no one else would go near. He healed people who were scorned by the rest of society. He spent his time with the poor, feeding them when they were hungry. He saw ways to turn bad situations around. But he did it in a way no one expected. Those who heard he was the Messiah expected to find a man who could muster an army to take on the Romans, to finally kick them out of
Judea. But instead, this man full of the power of God preached a message of peace and compassion. He taught that the way to defeat hatred was through patience and love. Like water, they are a force that can wear down even the tallest wall, rust the sharpest sword.

He became known as the Good Shepherd, the finder of lost souls. The one who even now is looking for people who have drifted off the path, into addiction, into blind pride, into self- destructive selfishness. Rather than give up on these lost sheep, he seeks them out, beckoning them to come back to safety, to be reminded that we need help to get through this life. And he offered that help in words, in action, and in the offer to always be there for us. And should we be distracted, easily forget, he suggested that each time we eat a meal, that we remember his message. Feed on the truth of the love that animates the universe, which makes forgiveness and new starts possible. He taught that even in the greatest darkness, even when others have
given up on you, and you have given up on yourself, there is still hope.

So maybe it makes sense that to tell the story of this man’s birth, the Gospel highlights all the problems Mary and Joseph encountered. Maybe it makes sense that the first people to hear about the birth of the Good Shepherd were regular shepherds. One of their own had been born, and they should go see. And perhaps it makes sense that this newborn was laid not in a crib, but in a feeding trough for animals, a manger. That seems like the right place for a man who would encourage us to remember his message each time we eat.

But why did they have to stay in a stable – wasn’t God good enough for a room, didn’t God deserve a palace with servants and midwives galore? Well, maybe that makes sense, too. When that innkeeper opened the door, he or she didn’t see the divinity standing there, beaming out of that womb. And that’s often the case. We don’t see the divinity in each other a lot of the time. But today we associate Christ’s birth with wonder, mystery and awe because we know how the story ends. The world tried to ignore Christ, tried to push him to the back, but He didn’t give up on us. He has been chasing us, beckoning us to be more loving, even, and especially, when everything goes wrong. Because when you let your life be guided by love, knowing that you are loved, then even a smelly stable, even a smelly garage, even the worst trip ever, can feel like a blessing. Because this love that Christ first offered at Christmas is a love that we can find everywhere we go. So, let us celebrate the trip that went so wrong – that was the key to it going right for the rest of us. Amen.