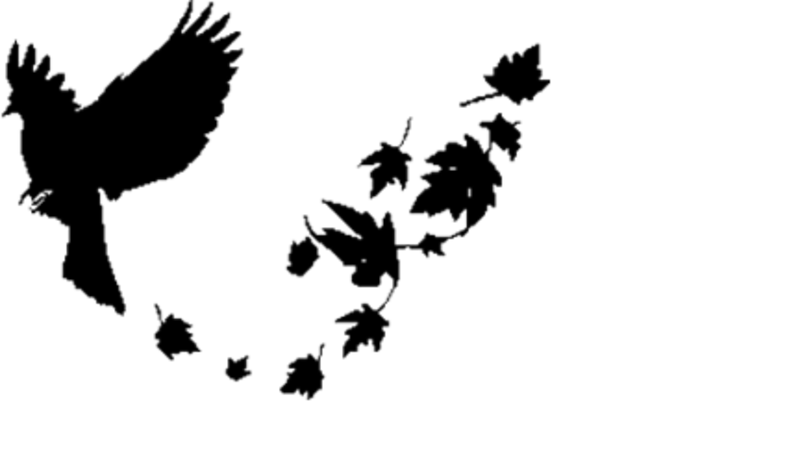 I’ll begin with a very sad story. Back in 1969, Charlie Manson and his Family murdered budding starlet Sharon Tate and six others over two days. Tate was eight months pregnant. The brutality of these murders shocked the world. I won’t get into the graphic details.

But why did Manson and his family do it? Well, besides his being both charismatic and crazy, Manson did what he did because he got the meaning of a couple of Beetles songs from their White Album, including “Blackbird,” wrong.

The words “Blackbird singing in the dead of night/ Take these broken wings and learn to fly/You were only waiting for this moment to arise,” were key for Manson. He thought that these words predicted a black revolution, a Helter-Skelter revolution, that would spark a race war and rid America of its current evil government. And he thought the Biblical book of Revelations backed him up on this.

Choosing our meanings—not only what songs or Bible passages mean, but our life’s meanings—matters, a lot. And while very, very few people go so wrong as Charles Manson and his family did, choosing the right meaning deserves your time and self-examination if you wish to live a truly good life. Because choosing a good-life meaning is complicated.

In fact, merely choosing a meaning for a little song like “Blackbird” is complicated. Manson was wrong, but what does Blackbird mean? Once upon a time McCartney said:   I had been doing poetry readings [from my book] Blackbird Singing, [and] I actually just remembered why I’d written “Blackbird.” . . . I was in Scotland playing on my guitar, and I remembered . . . “you were only waiting for this moment to arise” was about, you know, the black people’s struggle in the southern states, and I was using the symbolism of a blackbird. It’s not really about a blackbird whose wings are broken, you know, it’s a bit more symbolic.

But second, that’s not the only meaning McCartney ever gave for this song. At other times, McCartney has said the song has to do with black girls, “blackbirds” in English slang. People suppose, then, that he is singing mostly about Rosa Parks, the Montgomery woman who refused to go to the back of the bus, and whose subsequent arrest helped spark the civil rights movement.

But third, maybe that isn’t what the song means at all. McCartney is also known to have read the works of Kahlil Gibran. For example, another song on the White Album, “Julia,” quotes Gibran. And one of his novels, The Broken Wings uses the line “Take these broken wings and learn to fly.” So maybe we best have to look for the meaning of “Blackbird” in Gibran’s writings.

And there are still more possibilities. Fourth, on another occasion, McCartney said that the song was inspired by his time in India, when he studied Transcendental Meditation with Yogi Maharishi. He said, for example, that when he was in India he remembers a sleepless night when he heard a blackbird calling. And that was the inspiration for the song.

But there are still more possibilities. McCartney’s stepmother Angie McCartney said that McCartney wrote “Blackbird” for her elderly mother, Edith Stopforth, (that would be Paul McCartney’s step grandmother), who was staying their house while recovering from a long illness. Angie recalled that McCartney visited the house and sat at Edith's bedside, where Edith told him that she would listen to a bird singing at night.                Which meaning is the right meaning? We can dismiss Charlie Manson’s crazed guesses. But even McCartney is all over the map when it comes to telling us what the meaning of his song is. And then there is fake news and Russian disinformation campaigns and too much information. It’s always hard to get the right meaning.

Our scripture describes Jesus doing this. He takes old fashioned, tried and true Biblical rules and interpretations, and then goes deeper, imaginatively transforming these meanings in new, life-giving ways for the sake of his neighbours.

But in every case, even though these old meanings were well established by custom and religious authority, Jesus invents new-life meanings, going far beyond the old ones. Jesus says, “you have heard it said,” and then introduces each of his new meanings with the words, “but I tell you.”

Jesus gives new meaning to old saws. Because life is too short and precious, and neighbours are too lovely and needy for us not find imaginative new ways to offer life to all. Jesus chooses new meanings using divine love as his guide.

Listen. Consciously making meaning—not merely of songs, but of our lives, is perhaps the most creative act we can engage in—and the most important if we want to feel as if our lives have weight and direction and worth. The truth is, some people live lives that are as thin and watery as vegetable broth.

Their appetites are given them by fifth avenue and the Joneses they are keeping up with, next door; and they consume things and time and their lives, dumping whatever culture serves up into their maws, without chewing on it, without tasting or savoring, without ever reflecting enough on their lives to realize that there even might be a menu that can better guide their life choices.

Such people might know, “you have heard it said.” However, such people cannot say, with understanding and empathy, “But I tell you,” at least not from a place of wisdom, and self-discipline, and divine imagination informed by the prophets’ justice and mercy and kindness and humility, or Jesus’ love.

You know, it doesn’t have to be so. When I asked Mark Toews about the meaning of “Blackbird,” he said, “Maybe the blackbird represents the ‘goodness,’ or the “godliness,” in all of us. Having faith enough to allow this goodness to shape our movements and decisions as we navigate through this strange new world—this dead of night, right now, with Covid-19 and all that. Just an idea.”

No Mark, not just an idea, but a beautiful leap of the imagination informed by your vision of the good, which in turn is formed by your Christian faith. So, while you have heard it said what Paul McCartney thinks, earlier in this sermon, but Mark Toews tells you: “Having faith enough to allow this goodness to shape our movements and decisions as we navigate through this strange new world.”

“Good” is also the keyword in Sam’s interpretation of the meaning of life. In this clip Sam and Frodo are nearing the mountain of doom. But they are having a very hard time. The ring they must destroy weighs Frodo down, trying to bend Frodo to its will. They are at a very low point on the quest. Have a look. I’ll say a brief word after.

Sam answers, “I know. It's all wrong. By rights we shouldn't even be here . . .but I think . . . folk in those [old] stories had lots of chances of turning back only they didn’t. Because they were holding on to something.”

“What are we holding on to, Sam?” Asks Frodo.

“That there’s some good in this world, Mr. Frodo. And it’s worth fighting for."

Sam shows us how it is done. No matter what your story so far, Examine yourself, dig deep, and choose good meanings for yourself and your neighbours. Make an extremely self-conscious project of it. Choose with all your heart, soul and mind.