Priviledge Video can be seen at end of John's Sermon 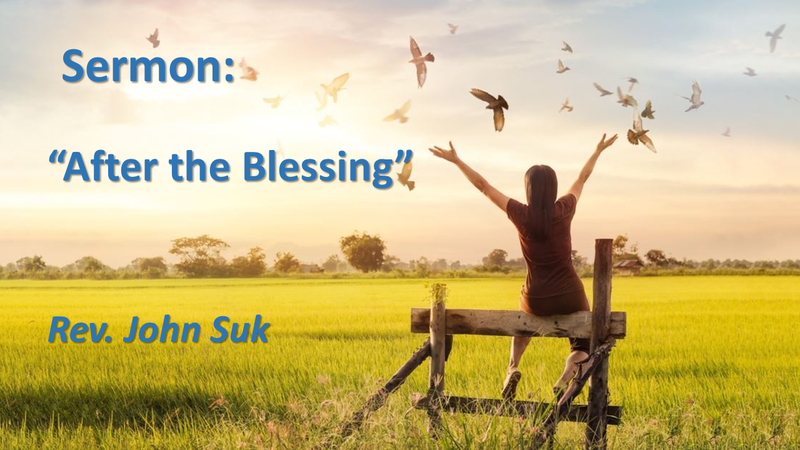 Sermon can be downloaded from PDF located above.

Nearly everyone in this parable is rich. That would have made Jesus’ audience very suspicious.

Even the stupid boy who squanders a fortune is, in the end, restored to his status as . . . a rich man. Everyone is clothed in foppery and fine hats. The father and the prodigal drink and dance with rich friends. They eat a fatted calf. They wear ostentatiously jewelry. They have slaves. All. So. Very. Disturbing. At least to Jesus’ first audience.

Why? Well, all the rich people Jesus’ audience were familiar with became rich by making deals with the Roman devils. They—or perhaps their parents or grandparents—all had skeletons in their closet, ghosts in their pasts that explained their riches today.

So, stories about “nice” rich people strained the imagination. It was actually like this: life in ancient Palestine was ugly. Romans taxed Jewish people until everyone was broke and used mercenaries to keep them in line. What had been a nation of small landowners was turned into a nation of landless sharecroppers, servants, and slaves. Poverty was near universal. Women were forced into prostitution and men into banditry. Judea seethed with civil unrest. And a very few Jews--collaborators, traitors-- became rich.

Jesus’ first audience would be suspicious of stories about nice rich people. It would be like telling a story today where the hero is Donald Trump, or Todd Bertuzzi, or Cruella de Vil. And what Jesus’ audience especially can’t stand about these rich people—besides their betrayal—is their privilege.

Listening to the parable, Jesus’ audience wants to know where the father got his money, anyway. How did he come by his fields, and fatted calves? Are his slaves fellow Jews? Did the rich man’s servants lose their own land and dignity? The father, thought Jesus’ audience, must be a quisling, or a foreigner rewarded by the Romans for some favor to the Empire with a Galilean estate.

Or perhaps the rich father was a Jewish person who had given up on Judaism, who had adopted Greek culture and gods, and who for these reasons welcomed and cooperated with Romans, saw them as a cultural upgrade from the backward religious leaders of the Sanhedrin.

Then there is the younger son. So privileged he cannot even imagine losing his fortune if he engages in riotous living. But he does. Such lack of self-knowledge. Such opportunity squandered! His privilege has made him blind to the work, the trade-offs, the risks, the compromises, and the sly juggling it has taken his father to maintain that family’s station and advantages. The young son is just plain stupid.

And finally, the elder son. He is privileged too. Everything that his father owns is his. But never mind. He will not ever admit to himself that he was born with a golden spoon. He will not ever admit that he’s been on the dole for his whole life. He works in the fields so that he can say, “I earned it,” though he has slaves who would do the same work for free. He says, “I am a self-made man. I’m my own bigliest business man. I didn’t need a hand up from my father.” He is too insecure and narcissistic to admit his privileges.                             So now I wonder what Jesus’ audience would have made of us.

Our society’s privilege is evident in how it, like the youngest son, squanders wealth on more and more consumer goods and entertainment and second and third homes and more cars without any thought to the longer term and generational or environmental consequences of using up so much. It isn’t that any of these things are wrong in themselves. All these goods are lovely, and we should celebrate our ability to have such things, in moderation at least. God does not want a bunch of kill joys in church, on Sundays.

But we should enjoy them while also giving thought to our permanent underclasses of homeless, addicted, mentally ill, and minorities. We should measure our consumption not only by the pleasure it gives us, but with regard to equal opportunity and habitat loss and social safety nets that really work for all?

What is more, some of our privilege, like the rich father’s, is built on history that we don’t like to remember and secrets we’d just as soon forget. Generations of slavery and war and discrimination have lifted some of us up and ground others down. I myself am a child of the Dutch East India company’s transfer of immense wealth from Indonesia and China and Africa—especially wealth in slaves—to the Netherlands.                 Some of us are children of United Empire Loyalists or descendants of the Family Compact, who, for two hundred years, used their grip on the reins of power and the opportunities that came with education and capital to boost their children and grandchildren. Not keeping treaties, or refusing to make them at all consigned our earliest first-nation allies to reservations where we could forget them and their children to schools where we could try to reprogram them.

Our privilege is also evident in how we, sometimes at least, like the eldest son, defend ourselves, justify ourselves, insist that all we have is what we earned, that we pulled ourselves up by our own bootstraps, as if we were not born into it, that the playing table was not tilted in our favour. Many Canadians ignore the social advantages they were born into: generational wealth, families not traumatized by discrimination or mental illness or the hard scrabble just to tread water.

But privilege is complicated too. It is like the wind. When it blows, and we do not know where it has come from or where it is going. Privilege can turn the vanes of wind-turbine generators or wreak havoc during a hurricane. Privilege can come our way like a warm spring rain on a newly planted field; or our privilege can freeze out others out like a polar vortex.

And what I’d like you to do today is simply this. Go home. Consider your privilege—where it comes from, what it’s good for, and how others see it. Because, as with the Good Rich Father in the parable, the father who saw his son dragging himself up the lane way while he was still afar off, we too can look and see, restore and rebuild, forgive and make new those who are afar off, or out to lunch, or discriminated against. Privileged or not.

Like Jesus, we can choose. We can live for ever more privilege or for the common good.