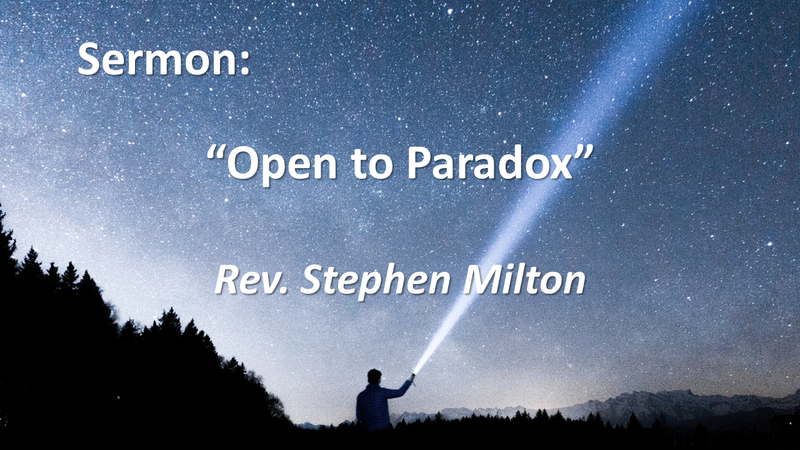 25 years ago, Forrest Gump won the Oscar for best picture, as well as 5 other academy awards. It is the story of a truly simple man who has a very complicated life. Gump is born in Alabama in the 1940s to a good Christian mother, played by Sally Field. He grows up without a father in a big old house, but in poverty. He seems destined to win the award for being least likely to succeed. He is born with a spine the shape of a question mark, so he spends his childhood with his leg in metal braces, to straighten out his back. His biggest challenge is that he has an IQ of 75. In the old days they would have called him a simpleton, now he would be called mentally disabled.

The film is the story of his life up to age of 30 or so. He is bullied throughout his childhood, and his sole defense is to run, made easier when his braces fall off. He is a great runner, a skill which gets him a college football scholarship, and helps him survive the Vietnam war. He has only one friend growing up – Jenny, played by Robin Wright. She comes from an abusive household. She leaves home as soon as she can, embracing every freedom movement she can find – the anti-war movement, drugs, disco. And throughout, Forrest dreams of her, deeply in love with the only woman he has ever really known.

Due to his low IQ, Gump spends most of his life misunderstanding most of what is going on around him. He is good at taking orders, and follows the simple Christian values his mother taught him. But he doesn’t understand world events, and yet, he keeps getting caught up in them. This man with an IQ of 75 ends up meeting four presidents, and earns a medal of honour in the war. He is one of the first to buy stock in the Apple company, making him wildly wealthy. How can someone so unskilled and so unintelligent do so well?   There is a zen-like quality to Forrest Gump. And watching the movie, I was reminded of an old Taoist story. Here to tell it is our Taoist tai chi teacher, Laura Lane.

Thank you, Laura.  The notion that a tree can become so useful by being so useless is a paradox. Paradoxes are defined by the coexistence of two opposites which should be far away from each other, but which come together and stay together. There are many paradoxes in life. The more we learn, the more we realize we do not know. The more you give, the more you get. Toronto has at least 60,000 empty apartments and condos, yet we also have the country’s biggest homeless population.  The United States has the largest number of Nobel prize winners in medicine, and also the greatest number of people have died from covid-19.[1]

In the Forrest Gump movie, paradoxes abound. A simple man with no idea what is going on becomes a celebrity and wealthy, even when he has no idea why. He helps creating the 70s jogging craze, he accidentally creates the smiley face logo, and he helps John Lennon write the song “Imagine”. His friend Jenny spends her life running away from her abusive father, but each of her lovers is just as abusive.

Paradoxes bring opposites together in a way that defies common sense. These two things should not go together. One way of reacting to a paradox is to get angry about it. That’s what Gump’s superior officer does. Lieutenant Dan expected to die in the war, just like his forefathers have done in every past war. But when Gump rescues him, after his legs are blown off, Dan is furious. He has been robbed of his destiny, and now he believes he is useless. When he meets Gump in New York, he is livid – how could a moron like Gump get a medal of honour, he fumes. Dan can see the paradox, and it infuriates him.

We often reject paradoxes. They don’t make any sense, so we choose one side of the paradox as the truth we want to keep, and reject the other. In modern society, we measure success by wealth. Everyone is encouraged to make as much money as they can. So politicians cut taxes, and give corporations incentives and grants. But the result has been fewer people own most of the country, and more people are getting poorer. The paradox is getting worse. We often do this, choose one side of the paradox in the hopes of escaping it, but in the end it just gets worse.

That’s a hard thing to think about. That’s why lessons about paradox are often better relayed in stories. Here’s one from the Brothers Grimm. It will be read by Panashe Kupakuwana, a member of our 20&30 somethings group.

The Fisherman and His Wife - https://youtu.be/6adYJ4ifkXE

Thank you Panashe. The fisherman’s wife is convinced that she will be happy if she can be richer and more powerful. Yet, with each wish, she becomes more dissatisfied. She suffers more, and so does the world around her, as the sea and sky become more turbulent. She lacks the wisdom to stop, to realize that she in a paradoxical situation. So she keeps asking for more, making things worse.

Life does not get better when you reject the existence of a paradox. Instead, paradoxes are like riddles, an opportunity to think beyond the limits of common sense. Instead of choosing one side or the other, we are invited to see that opposites can co-exist – like wealth and unhappiness. You can be rich and powerful and unhappy, all at the same time. A few people can be rich, the winners in society, and make a lot of other people unhappy, even if we all agreed that wealth was worth pursuing. It is the ability to hold two opposites in your head at the same time which is the challenge and the opportunity posed by a paradox.

Our faith is founded on a paradox. Jesus is both a man and God at the same time. Jesus saves the world by being willing to be destroyed by it. It is through Christ’s defeat that he brings victory over sin. The last shall be first, the first shall be last. To save your live you must lose it.

Not surprisingly, many have found these paradoxes too confusing to bear. Christ’s being God and human at the same time has confounded people all through history. In the early years of the faith, many people said that Jesus was all God, so it wasn’t really him who died on the cross, it was someone else. In our own time, scholars have spent a lot of time seeing Jesus as just a man. A Rabbi who wanted to inspire an uprising against the Romans. They have sought to find the historical Jesus, the real man who inspired the religion. This approach sees Jesus as only human. This approach has many problems, one of them being that Jesus becomes boring, no longer a source of wisdom and divine power. No new versions of Christianity have sprung up out from this historical Jesus. By rejecting the paradox, they have drained Christianity of its power, they have not found a deeper truth.

The key to paradoxes is that we are challenged to keep both opposites in our mind at the same time. When we can do that, we can see the world with a greater clarity and subtlety than before. Forrest Gump is not bothered by paradox. He lives within it, effortlessly.

Perhaps we should not be surprised. Jesus, our paradoxical teacher, advises his followers to adopt a very simple approach to life. In the scripture we heard Carol read today, Jesus tells us that we shouldn’t worry about tomorrow. It will bring its own trouble, you can wait to get there for that. What matters is today. There is no need to worry, God will provide for you just as the birds and the flowers are taken care of.

Does this mean we shouldn’t save for our retirements or plan to go to school? No, that kind of planning is fine, but don’t take it too seriously. Who of us set aside toilet paper, beans and rice two years ago, thinking that a worldwide pandemic was coming? How many of us pulled our money out of the stock market, knowing that the crash of 2008 was coming? As Forrest says, life is like a box of chocolates, you never know what you are going to get. You know the old joke, if you want to make God laugh, make a plan. If this year has proven anything, it is that we are not very good at predicting the future. No one really knows what tomorrow will bring. So it is much more important to focus on how you live today.

Christ suggests that we live without worry, and trust that God will take care of us if we adopt a simple loving lifestyle. If you love your work, whether its engineering, law or something other field, geek out, be true to that. If what you love is the work, and the money is secondary, then be like Gump, and be willing to pay taxes on it, and to make donations to help others. It was never your true love anyway. God wants us to be happy, so follow your passions, and make the world a better place along the way. We don’t have to fall for the idea that money will make us happy. That is just the recipe for an unhappy paradox, as the fisherman’s wife discovered.

At the end of that story, the fisherman’s wife  wishes that she could have the power of God. That lands her back in her old dirty shack. She has lost everything. It sounds like a punishment. She asked for too much. But there is another way of reading that ending. Maybe she got exactly what she wanted. The power of God is to see the beauty in everything as it is. So, perhaps she found happiness in that shack by the sea with her husband. Perhaps she really was filled with the power of God.

At the end of the Forrest Gump film, Forrest stands before Jenny’s grave, who has died of AIDs. He speaks to her, telling her about his life and the son they had together. He says that some people believe life is about destiny, and others say we just float in the wind. Gump says, I think maybe it’s both. He has learnt to live with paradox, and his life is richer for reaching that understanding. That blessing can be ours, too.