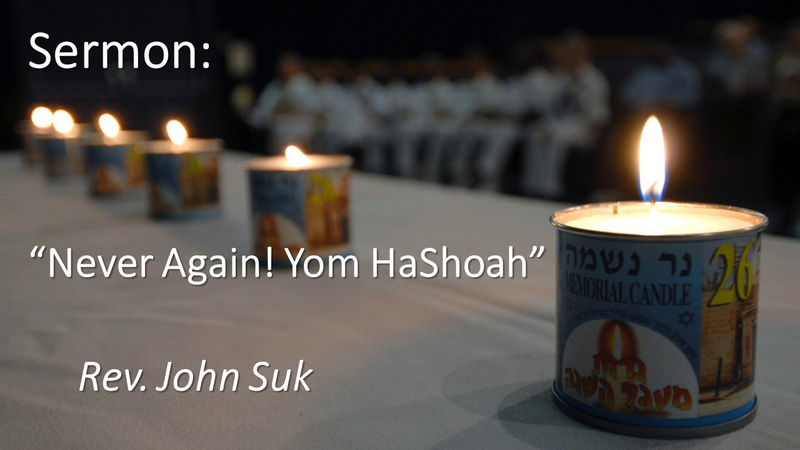 Once upon a time, in the fourth century before our common era, Alexander the Great conquered much of the known world. In doing so, he brought Greek culture—Aristotle, Sophocles, and even the Olympics—to that world too. Mostly, people ate it up.

In Israel, too, many people of rank and learning, particularly in cosmopolitan Jerusalem, fell in love with everything Greek. They build theatres and gyms. Athletes, as was the practice of that day, competed in the nude—a shocking change for traditional Judaism. All this led to civil strife—rioting and worse—in Jerusalem.   Antiochus Epiphanes, Alexander’s succusser in the Middle East, went to Jerusalem to restore order. While there, he sacked the temple and slaughtered thousands of Jews. He sacrificed pigs at the temple alter and built an alter there to the Greek God Zeus.

He also sent emissaries to the towns surrounding Jerusalem and directed them to sacrifice more pigs. At one such village that the local priest, Matthias, was so offended by this sacrilegious act that he killed Antiochus’ emissary. Mattathias and his sons fled for the hills and began a guerrilla war against Antiochus. To make a long story short, these Maccabeans eventually took back Jerusalem in the year 165 BCE. And, as recorded in 1 Maccabees 4, once there, they cleaned out and rededicated the temple.

Hanukkah celebrates the restoration of the Jerusalem temple to orthodox Jewish worship. The ancient golden lampstand—actually an oil lamp—was relit at this time. Unfortunately, there was only enough sacred oil in the temple to last one day. Jews remember, however that the lamp miraculously continued to burn for eight whole days, until new oil could be consecrated. Thus, the Menorah, which is lit to commemorate Hanukkah and recall the lighting of the golden candlestick, has room for eight candles, one for each day of the miracle.

So, what does it all mean? Well, the larger meaning that the Hanukkah candles point to is actually the survival, against all odds, of the Jewish people in spite of persecution. A well-known Hanukkah Prayer goes like this:  What is the miracle of Hanukkah? Against all odds, we are here. Against all common sense, we have lit these candles. We see these flames before us now, a miracle. We stand in community here, a miracle. We see these flames leaping through space and time, joining us to history, to our people.

Against all odds, the Jewish people are still here. And it’s a miracle, given 2,500 years of exile and pogroms, forced conversions and finally, the holocaust. So now, Jewish people say, “Never again.” And we agree. “Never again!”

In fact, this past week, from Wednesday evening until Thursday evening, the holocaust—when six million Jews were slaughtered by the Nazis—was commemorated on Yom Hashoah. “Yom” is the Hebrew word for “day,” and “Shoah” is a Hebrew word that means “catastrophe,” except much worse, as in Zephaniah 1:15: “That day is a day of wrath, a day of trouble and distress, a day of shoah and desolation, a day of darkness and gloominess, a day of clouds and thick darkness.”

We all pray, “never again.”

But before I go on, let me step back from those two words, for a minute, in order to offer some personal context for today’s message. My plan, for the next few Sundays, is to deliver sermons that I’ve preached before and want to preach again. Along the way, each sermon will be updated—and hopefully improved.

Now, when I preached this sermon the first time, back in 2015, at this point in the message I went on at some length about the many evidences for ongoing racism in the world and in Canada. I listed half a dozen genocides that have taken place in the last 125 years. I pointed out how blacks and first nation peoples were much more likely to go to jail, and stay in jail, compared to white people. I listed half a dozen cases in the USA of racist killings—even before the rise in anti-Asian hate or George Floyd’s murder.

Next, I explained, at some length, the horror of what is happening to Muslim Uighurs in China, and I bemoaned the fact that there were far too many blacks and First Nations people in our prisons. We say, “never again,” but we have not yet rooted out the systemic racism or personal prejudices that make racism an ongoing reality for our society and all around the world.

Today, however, I am not going go over all these sad statistics and stories. Stephen and I have both covered this sad territory often enough. Instead, I want to go in a different direction compared to the first time I spoke about Hanukah and “never again.” I want to plant some seeds of hope.

You see, Canada has embarked on a lovely but radical experiment to overcome racism. We have made it a matter of public policy to seek reconciliation with our First Nations and with the descendents of black slaves. We have also invited a mosaic of peoples, with many different skin colors and religions to join us, as fellow Canadians. Today, more than 50% of Toronto’s residents were born overseas. Most are not Anglo. Canada has committed to being a multi-cultural, multi-ethnic nation, a diverse mosaic.

The image I like best is that of a highway billboard that signals our destination long before we arrive there. Canada wants to be a billboard wherein the whole world can see now where we must end up in the future.

I’m not naïve. I know we have a long way to go to be that amazing jewel of a nation. Getting all the way to “never again,” when it comes to racism and genocide and prejudice can feel like an impossible stretch. As with our provincial response to COVID, our goal of being a welcoming, just, and peaceable multiethnic nation have always been one step back for every one or two forward.

But sometimes, it is worthwhile to remind ourselves of where we’re heading, of what the goal is. We want a world utterly unlike the ancient world where Jews and Greeks fought their religious and territorial wars, where instead, there is neither Greek nor Jew for we are all one in Christ—or all one in whatever God it is that the other worships. We are building a nation where doing a new thing is our tangible answer to a history of holocausts and pogroms and racism and genocides. We are working for that new day when our children and grandchildren will actually live in a nation where they will not be judged by the color of their skin but by the content of their character.

And here in this church, this morning, we are the people who can make it so. Regardless of our age or economic situation or skin color, we all have influence. We vote. We have neighbours. We go to PTA meetings. We talk to colleages at water coolers or friends at dog-walking parks or grocery stores. Many of us have children and grandchildren who are thirsty for a life vision.

And a few of us even have very strategic opportunities to make the Canada of our dreams the Canada we live in. Some of us run companies, or invest large amounts of money in corporations that might or might not be working for the common good, rather than just shareholders. Some of us work in government or personally know our parliamentary representatives. Some of us sit on boards with other powerful people, or go to constituency meetings, or are busy volunteers for non-profits.

Whatever your influence, your insight, or your job, your willingness to take personal risks for the greater good is a big part of what it is going to make this country a “never again,” land.

Because in the end, we don’t so much want to merely sing about the miracle of how our people, or our tribe survived, as with Hanukah, for example—as lovely as such memories are. What I really want is a country where we’ve moved beyond the warning, “never again,” because we’ve truly become a nation flowing with the milk of human kindness and the honey of justice for all, regardless of religion or skin color or sexual orientation or riches or poverty.