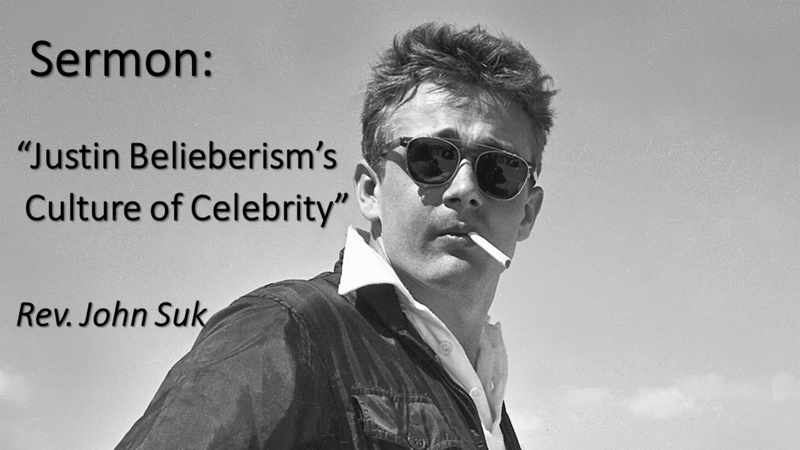 Theagones was a celebrity athlete, an ancient Greek pankrationist—which means he was an “an anything goes wrestler.’

Pankrationists fought each other using their entire bodies: hands, feet, elbows, knees, and nails. Everything short of biting or gouging out eyes was allowed: kicks to the groin, choke holds, even stomping on heads. Pankrationists often died in the ring. It was a savage Olympic sport.  Our contemporary Mixed Martial Arts is but a pale comparison.

Theagenes was the most famous Greek pankrationist ever—2,500 years ago. He was so strong that at age nine he carried a life-size bronze statue of Hercules from the market square of his city to his house. He won over 1,300 matches in his lifetime.

This made him a widely worshipped Greek celebrity. After winning an Olympic match, the crowd would parade him to the temple of Zeus. There Theagenes was crowned with a wreath of wild olives before a statue of Zeus wearing a similar wreath. The ceremony was meant to immortalize Theagenes, who was said to have joined the company of the Gods.

Eventually, the Greeks even built a statue of Theagenes next to Zeus’s temple. He was also wined and dined in his hometown, where he received large sums of money for training, a home, and a pension. He was even given private city gates so that he could enter the city without being defiled by contact with common-folk.

But Theagenes’ celebrity was also fleeting. Soon after he died, one the statues of Theagenes on his home island of Thasos fell over and killed a man. It turns out that the victim was a fellow Olympian who had never been able to defeat Theagenes in the ring. No matter. By order of the local city council, as punishment for killing the man, Theagenes’ statue was thrown into the city’s harbor. In the end, there was no Mount Olympus for Theagenes. He just rusted at the bottom of the bay.

Theagones was an ancient celebrity, and today we have many more—and different ways of memorializing them. Instead of giving them statues, we follow our celebrities on Twitter.

So, for example, Canada’s own Justin Bieber has more Twitter followers than any other person on the planet except for Barack Obama—114 million compared to Obama’s 129 million. He’s also—along with three of the Kardashian sisters, one of the top ten on Instagram.

So now, Bieber’s every move—what he drives, his marriage to Hailey Baldwin, what he does (or sometimes doesn’t) wear—is endlessly reported in the papers, aired on YouTube and infinitely retweeted or reposted on Facebook.

Ironically, the life of a celebrity isn’t necessarily all that desirable. Our culture knows thousands of stories about celebrities gone wrong. Tiger Woods’ run-ins with adultery, drinking, and driving; Marilyn Monroe’s disappointments in love, until she finally chose to end her life; a recent documentary detailed the mental anguish and family conflict endured by Britney Spears; Prince Harry and Meghan Markle’s break with the royal family. The list of celebrity tragedy is endless: Michael Jackson, Kurt Cobain, Richard Burton and alcohol, Truman Capote and drugs . . . John Lennon, Ernest Hemmingway and on and on.

In fact, life as a celebrity comes with huge pressures that very few people can handle with poise and wisdom. Again, take Justin Bieber. He sings a revealing song entitled “Lonely.” Let’s listen.

He’s so lonely. And it seems to me that maybe—judging by the difficulties Theagenes and Bieber and countless others have endured, maybe being a celebrity isn’t everything it is cracked up to be.

So, then, why do we care so much about celebrities? Why, in an era of real weighty news, both good and bad—news about COVID vaccine rollouts and lockdowns and police powers, news about climate change or a booming stock market and decent government (for a change) south of the border—why in an era of plenty of really important news do we still major in minors, in celebrities like Prince Philip, Bieber, or Auston Matthews?

Well, most explanations for our obsessions come down to these two related observations. Listen:

1.   Psychiatrist David Riese says we love celebrities because we can’t let go of our childhood fantasies of living happily ever after with Prince Charming or Snow White. Celebrities are a harmless, adult substitute for fairy tales—even if, I might add, a celebrity’s own life is not always like a fairy tale.

2.   Dr. James Houran invented a “Celebrity Worship Scale,” that measures how deeply we’re enmeshed with celebrities. He says that in an increasingly secular society, we turn to celebrities to have something to believe in now that the gods have failed. Thus, we don’t have mere Justin Bieber fans, we actually call them Bielebers, instead.

Now, I bet you see the turn in this sermon coming. Now that I have demystified and critiqued celebrity culture and shown it for the shallow thing it is, I’ll condemn it. And once upon a time—a long time ago—I might have said just that.

But that’s way too simple. In fact, as with many things, our fascination with celebrity can run the gamut from “an occasional and fun diversion,” to “obsessive and unhealthy.” Moderation is called for, and if you can practice it with respect to celebrities, well then, I say, go ahead and enjoy following them.

More importantly, we should also not let our cultured dismissal of celebrities get in the way of learning from them, when we can. Celebrities hold up mirrors to ourselves, and force us to examine our own choices. For example, what do we make of Bill Gates and Warren Buffet’s pledge to give 95% of their wealth away as charity? What do we make of the absolute absence of scandals in Obama’s administration? What can we learn about ourselves when we consider the activism of Malala You-suff-si or Greta Thunberg or Canada’s own Autumn Peltier, who told Pierre Trudeau a thing or two about climate change and then addressed the UN General Assembly?

Finally, as the psychological explanations suggest, celebrity culture also teaches us that most humans are incurably religious. If we can’t believe in the and only big God in the sky, we’ll convert to adoration of celebrities, to belieberism, or if not that, to the worship of something else, perhaps self as a narcissist, or worship of money, or of astrology, or of superstition, or the worship of petty diversions or pleasure.

So, to bring this all a bit closer to home, it is necessary to remind ourselves that we’ve built our religious devotion around a person named Jesus. I will not argue here that other religions do not have their own worthwhile stars—from Buddha to Mohammed or Bahai’s Baháʼu'lláh.

But here we’re a Christian church. And that means we are not Justin beliebers, we’re believers, in Jesus. Even if Jesus doesn’t make the headlines every day, he is our daily fascination.

In Romans 12, Paul distils what it means to make Jesus our fascination. For Paul, Jesus is the mirror in whom we see what it means to be transformed by the renewing of our minds so that we become living sacrifices for the people we love, including our neighbors. Paul is worth repeating, on this, slowly—sort of like we sing and sing again our favourite celebrity songs. Paul is worth repeating, on this, slowly, because it’s a great prescription for us, as we endure yet another extended lockdown.

This is what our Christlike attitude should be: Let love be genuine; hate what is evil, hold fast to what is good; love one another with mutual affection; outdo one another in showing honor. Rejoice in hope, be patient in suffering, persevere in prayer. Contribute to the needs of the saints; extend hospitality to strangers. Rejoice with those who rejoice, weep with those who weep. Live in harmony with one another; do not be haughty, but associate with the lowly; do not claim to be wiser than you are. Do not repay anyone evil for evil, but take thought for what is noble in the sight of all. If it is possible, so far as it depends on you, live peaceably with all.

The bottom line? Go ahead. It’s hard not to be fascinated by Bieber, or Mitch Marner, or Michelle Obama, or some other celebrity. At least, from a distance. I certainly am.

But as Christians, Jesus is our first love. You could apply the words of the song Michelle and Joshua will sing right after the service to him: “You Raise Me Up,” including the lines, “But when you come and I am filled with wonder, sometimes I think I glimpse eternity . . . I am strong when I am on your shoulders. You raise me up more than I can be.”

He—his ethic, his example, his love—it raises us up. He is the mirror we look at in order to discover and rediscover, over and again, what the true meaning and purpose of life is.

A Celebration of Scripture and Music
Sermons
Guest Speaker
December 20, 2020
View all Sermons in Series