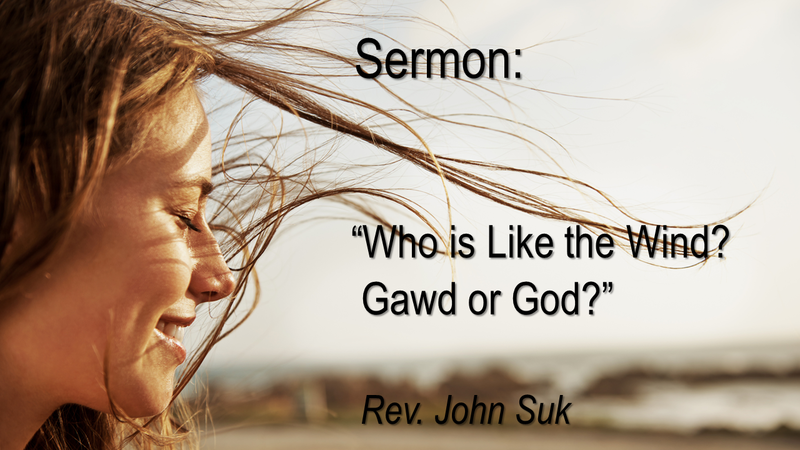 Some of you will remember how one September, eight years ago, we decorated our sanctuary as the Emerald City, complete with a yellow brick road down the centre aisle. Many of you came to church that day dressed as characters from The Wizard of Oz. Some came as bathtubs caught up in the twister, others as Dorothy or a munchkin. One guy who talked a lot even came dressed in ruby-red slippers. During the service we donned green glasses. After the service, we all shared an Aunt Em potluck meal. It was a lot of fun. And at that service I preached a version of the sermon you are about to hear now.

In The Wizard of Oz, a young Kansan girl, Dorothy, and her house are both transported by a tornado to the magical land of Oz. Dorothy wants to go back to Kansas and decides to ask the Wizard of Oz for help. On the way, Dorothy meets a lion who has no courage, a tin man who has no heart, and a strawman who has no brains.

When they arrive in the Emerald City, the Wizard promises them everything they ask for, if only Dorothy can kill the Wicked Witch of the West. Dorothy does so, with a pail of water. So, they all return to the Wizard’s throne room to claim their prizes: a return to Kansas, brains, courage, and a heart.

And that is the point of today’s meditation, too. God is not what many Christians through the ages, and even now, have often made him out to be. He is not a wizard who can make all our dreams come true if he only wants to.

What I mean is this.

Many of us have been told since we were knee high to grasshoppers, that our God, if not a wizard, is sort of like an Emperor, Pharaoh, King, strong-man, ruler of the universe, only better, because our God—unlike the wizard—can snap his fingers and make miracles happen. This God of Christendom rules over every detail of our lives, and after we die, he—God is always a “he” in this tradition—he sits in judgement over our lives too, giving some of us a thumbs up and others a thumbs down, like Caesar in the stands of a divine colosseum.

In seminary, my professors described this God using words and concepts mostly derived from Greek philosophy, words such as, “omniscient, immutable, impassible, infinite and omnipotent.” This God was also omnipresent, of one substance, not mixed, uncreated, self-existent, self-sufficient, immaterial, and perfect. God, in this tradition, is known by all these fancy words, and one more, ironically: God is also ineffable, which means “unknowable,” in spite of all the other adjectives that we had to learn to describe him.

In seminary, I also learned that Saint Augustine said, “Nothing, therefore, happens unless the Omnipotent wills it to happen.” And, a hero of the United Church’s Presbyterian wing, John Calvin, added: “God foresees future events only by reason of the fact that he decreed they take place.” In other words, according to the giants of Western theology, and old United Church theology, it isn’t just that God permits terrible things to happen, but God actually makes them happen.

In the end, this God sends his son—as if Gods really have sons, like Zeus the Olympian—God sends his son to death on a cross. This is because, according to most Christian theology, God cannot forgive us our sins unless someone appeases his divine honor, which we have offended; or perhaps appeases his divine sense of justice, that we have transgressed—God cannot forgive sins until he is appeased by a bloody sacrifice. Which, to me at least, makes this mighty God of Western theology also seem bloodthirsty, because even if God seems unable to do so freely, all of us, at least, know how to forgive—sometimes our children, or perhaps our friends—all of us know how to forgive without demanding an eye for an eye and a tooth for a tooth as forgiveness’s bloody price—so why can’t God?

Look, I admit my picture of the mighty God of Western Christendom is a bit of a caricature. Forgive me. But I wanted to mention it not only because it is all over, out there, everywhere, it seems; but I also mention these ideas about God because there is another picture of God in scripture that I find more helpful, more holy, more believable. A picture of God that this book has helped me to embrace. I believe in the weakness of God. Listen.

This God is—surprise—not a God of power and might, like an ancient Eastern potentate plucked out of a Persian empire or something like that, but a God of weakness, a God who comes to us in a still quiet voice, a God who, says Isaiah, hides; the God who is about as mighty as a first century unemployed carpenter, who is so tiny and inconsequential that she lives not in a mansion but in our hearts. I believe in a God as insubstantial as a puff of wind that, says the writer of Genesis, blows life into our souls; God is as insubstational as a breeze, wafting from who knows where, going who knows where, as Jesus says in our text. And who has seen the wind?

So, with respect to all those theologians and philosophers who have intellectual sounding Greek words to define God, remember this: just as you cannot nail down the wind to examine it, we cannot really nail God by loading God up with many adjectives drawn from pagan Greek philosophy. God is like the wind. God is what no eye has seen, no ear has heard, and this absence, this something that leaves leaves trembling on a branch, this is God.

God is weak, in the very best way possible, like an evening breeze that refreshes after a hot day, caresses and rebirths us, making us eager to live another day.

The Bible is odd. On the one hand, sometimes—often, actually—ancient prophets use words and images for God that suggest God is a powerful king, a military dictator, a vengeful protector of tiny Israel or the persecuted church.

But at other times, and especially in the life and teachings of Jesus, the Bible describes God very differently—not as a tyrant, not as a puffed-up wizard—but as a voice for kindness and compassion, as a breath for justice and a whisper on behalf of mercy. This God does not so much demand obedience as invite it; does not threaten everlasting punishment as haunt us with images of amazing grace.

I embrace this insubstantial God, as a weak, constant divine whisperer, because it is fits with my experience of the world. For example, pray as you or I might, we all know that God cannot be depended to give us even the very best things that we want, no matter how long we knock. We all know, by now, that as much as we would like God to interfere, fix things, answer prayers to repair Aunt Minnie’s gall-bladder or fix the US political system, or make us all anti-racist with our every breath—no matter how much we want God to fix everything with a snap of his fingers, God does not.

Such interference, like antimatter, would destroy our world and universe by compromising its very structure as a marvelous construction of cosmic law and matter, of human freedom and risk.

God is weak. Once upon a time, when the disciples asked to see God, Jesus said, “I am the way, and the truth, and the life. No one comes to the father except through me. If you know me, you will know my father also.”

Amazing. “If you know me, you will know my father also.” And we all know Jesus, of course, as a man who was, by earthly standards, very weak, a victim. He tried to teach others about love and the powerful who were threatened by this love killed him for it. And Jesus also taught us that we meet all that is divine in the hungry and the refugees who cross our path; for Jesus says he is to be found in the least and the last.

“If you know me, you will know my father also.” So, if stories about Jesus are our best window through which to see God, this must mean that like Jesus, God does not raise her hand or lift a sword or use threats of hell to get her way. God is weak, and merely whispers to us in and through the example of Jesus, that we must be humane to be human.

And since Jesus is our window on God, then we will find God especially in the wisdom of Jesus’ parables that describe life as it should be, and in the humility of beatitudes that the strong in this world scoff at.

God is weak, like most breezes, most of the time. The writer Robert Louis Stevenson understood this, perfectly. He wrote:

I saw you toss the kites on high
And blow the birds about the sky;
and all around I heard you pass,
Like ladies' skirts across the grass --
O wind, a-blowing all day long,
O wind, that sings so loud a song!
I saw the different things you did,
But always you yourself, you hid.

God is weak, by her own design. God is, says a Jewish rabbi, like a child who half-hides during a game of hide and seek, and then laughs to give herself away.

So, when the wind blows, listen for the laughter. It’s a divine invitation to each of us to become fully human, to square our shoulders and take our turn to live as God’s own messengers, and doers, of love and reconciliation.