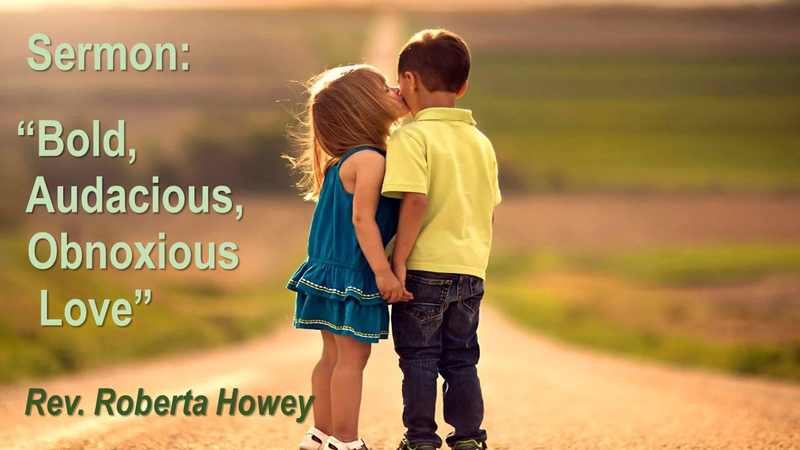 There is very little on this planet more annoying than a person who returns from holiday, and then makes it their entire personality. With that being said, let’s look at some pictures from my trip to France. It was my first time there, and a rare opportunity to see not just the French fashion, and eat the French cuisine, but to experience churches in Paris. While I didn’t get too close to Notre Dame, I did manage to visit a beautiful church, St. Sulpice. It was originally constructed in the 13th century, but the majority of its current structure was built between 1646-1870. If you are a Dan Brown fan, it was mentioned as a potential “Priory of Sion” location in his Davinci Code, something that aggravates tour guides to this day.

It makes Metropolitan United look like a rural small town church in its size. And it has seen some serious history. It has survived multiple revolutions, two world wars, a number of city fires, and not to mention all of the little things that challenge congregations. It is still an active congregation, serving the community around it as it has always done. Coming from a city where a church can be called old if it saw only one world war, it was a lot to take in.

What struck me as I walked around the sanctuary, with its 18 side chapels, was all of the points where the church made it clear what it believed in. The art is used, to quote their website, “to materialize the invisible”. There are statues upon statues, dozens of massive stained glass windows and paintings, pieces that reflected the life and death and resurrection of Jesus with intimate detail.

As you can see, each brush stroke, each chip at the stone, each deliberate colour decision in the glass is meant to make it clear what this congregation believes; Christ died, and is risen, and will come again. Even the most skeptical and rational among us can feel a tug on that faith when we see Jesus portrayed in such reverence.

Unfortunately, Thomas didn’t have a massive statue to cement his beliefs, or artwork to reflect what his faith should be. Thomas, Doubting Thomas, only had what his senses could show him, here and now.

I don’t blame Thomas one bit for doubting. He tried so hard. He was the first of Jesus’ disciples, on the walk into Jerusalem, to agree with Jesus that Jesus would die. He was willing to die with his teacher, simply because he had faith in Christ. He was willing to sacrifice it all for the man who he knew walked on water, exorcised demons, brought back the dead. He saw the compassion Jesus had for his disciples and for everyone he met. He saw Jesus stand up to corruption and tell the tyrant in Rome to back down.

And then he saw his teacher, bloodied and broken. He heard his friend’s mother, Mary, weep in agony with her son’s death. He felt the blood-soaked head of his saviour, and it broke Thomas too. He had his hopes up, held them close for so long, only for tyranny to win, again. And he grieved.

Thomas, in his grief, steps inside the home the disciples were sheltering in. They rush to him in a flurry of joy and excitement and hope. Jesus has returned! He was right there, right in front of us! Hallelujah!

It is at this precise moment that Thomas is given his bad rap. Here, if he went along and said “that’s amazing!” we wouldn’t have much of a story. But Thomas just can’t do it. The words are stuck in his throat and his hands have grown numb. Don’t raise my hopes. Don’t tell me it is true. Don’t make me fall for it. Don’t hurt me again.

This is what I propose; Thomas wasn’t doubting Jesus at this moment. Jesus did exactly what he said he would do. Thomas was doubting the disciples. The disciples were doing their first attempt of evangelism (Mary already told them, but they hadn’t shared it themselves, and as Stephen put it so eloquently last week, a woman evangelising is no more of value than a squirrel spouting gospel). Their first crack at spreading the gospel, and they can’t get Thomas on board.     And once again, I don’t blame Thomas. He wouldn’t be the last to have doubt in the church. It is one of the reasons we are becoming an Affirming congregation next week.

For those who are just joining us, to become an Affirming congregation is to get that official seal from Affirm United and the church at large that this congregation, LPCC, has done its work, and is committed to being a safe place for the LGBTQ and 2 Spirited community. We are committed to a theology that affirms all sexualities and gender identities, all families. The people of this congregation have taken many steps to educate themselves, to grow into this activism, and are ready to declare it to the world. Whatever steps you made to get to this point, I thank you. Whether you moved from “no gay people allowed” to “let them in”, or “no same-sex marriage” to “yes same sex weddings here”, or just learned about pronouns, or have deepened our activism, or are still unsure but are willing to figure it out, I thank you.

Something you may not know about me (I don’t expect you to), is that almost ten years ago, I realised two things in one week; one, I was called to be a minister. And two, I am queer. It was an intense period of my life, and I am grateful that because my faith was grounded in the United Church, at no point did I have to question if I reconcile my queerness and my call to ministry. I heard plenty of women preachers, knew that LGBTQ ministers were allowed, and that was enough for me. And so the two became intertwined. I am queer because of God. I am out because I am in a church that lets me be out.

It may feel like it is a rubber stamp. After all, we are the United Church of Canada. We have had not one, but two openly gay moderators. We hold same-sex weddings across the denomination. Queer folk can be clergy and serve openly. Being Affirming is just like when salt packages declare their contents gluten-free. It is trendy and popular and really not a big deal. Who would doubt that we are Affirming, right?

Frankly, a lot of people would doubt it, and I don’t blame them.

For many LGBTQ people, finding Affirming communities is not about appreciating the rubber stamp. It isn’t about the rainbow sticker, or the creed on the wall. It is, without exaggeration, about life and death. In states across the entire US, bills are being proposed and laws enacted that would force teachers to out their students to parents, or health providers to report parents to CPS for seeking gender-affirming care for their trans children. We are talking parents being reported for sending their children to gender-affirming therapists, and for asking teachers to use their preferred pronouns and names. Libraries across the country are being stripped of any material that is deemed “offensive”, including children’s books that talk about racism, the lgbtq community, Churches, including the Methodists and Presbyterians, are splintering because there are too many who refuse to accept queer people in the pew or the pulpit.

This is just the US. Around the world, people who are not straight or cisgender are persecuted with laws that simply make them illegal. For every country that enacts one law that protects the queer community it feels like there are three more that condemned people that refused to see their Humanity.

In Canada, we are seeing this bigotry creep into the corners of society. Yes, we managed to ban conversion therapy, a fantastic moment. But from 2018-2019, there was a whopping 41% increase in hate crimes against the queer community. That has almost certainly grown in the past couple of years, and hate crimes are already severely underreported. Just as we have seen rises in Islamophobia, Antisemitisim, racism, and ableism, homophobia and transphobia continues to impact everyone of all ages and backgrounds. In many cases, the church is leading it. The number one defence for anti-lgbtq legislation has consistently been “religious freedom”. There are politicians right now claiming to hurt queer children adults and elders in the name of Jesus claiming that they are defending our faith with their hatred. Only 10% of United Churches in Canada have gone through the Affirming process. You are now one of them.

So here is my question; if you were persecuted by your government, your school, your doctor, your family and friends, your pastor, and every other person in your community, would you believe a church that says “oh, we aren’t like that! We are one of the good ones!”

I wouldn’t. Many non-straight and non-cisgender people don’t. Like Thomas, they have to doubt. They have seen the violence, heard the speeches, and felt the punches and all they have is doubt. Doubt keeps us alive.

That is the doubt that Thomas had when Jesus appeared in front of him. Jesus didn’t scorn Thomas, but simply said “look at my hands, look at my feet, hear my voice, feel where my side was pierced”. It was a bold move, it was shocking. And with it Thomas believed in what the disciples were saying. It took vulnerability and something so audacious as letting Thomas feel his wound, before Thomas was willing to open up that hope again. But once he did his heart was full and his spirit was singing.

To be Affirming isn’t a rubber stamp. It isn’t a subtle nod and a little chuckle at the ignorance of others who say the cruellest things in the name of Jesus. It is a commitment in mind, body, and spirit, to defend those who have been left abandoned for too long. Apathy silence has no place in the affirming church.To quote the 80’s slogan, silence = death.

Our being affirming must be bold. It must be audacious. It must be, dare I say, obnoxious. It must be so annoying that every time another anti-lgbtq comment is raised they know we will drown it out with support for the marginalised and shouts of welcoming and love. Our church’s commitment to love every single person must be louder than the hatred. It will shock some people. It will make some people uncomfortable. We will be asked “do we have to bring that up every time we talk”, and we will be asked why we can’t just be a “normal” church. And we will be even louder in our cries for justice and our songs of compassion.

A church building can tell us a lot about a congregation. But the church people can tell us so much about the faith and community it has. Lawrence Park is a congregation brimming with love and compassion for people of all backgrounds. You already know how to be bold and audacious with your faith, in God and in others, and with your commitment to Justice. Your actions speak louder than all of the hate in the world. So when Thomas, full of doubt and hurt and fear, comes to us and says is this place for me we can say boldly and loudly and emphatically yes this is a place for all to hear the good news of God's love.