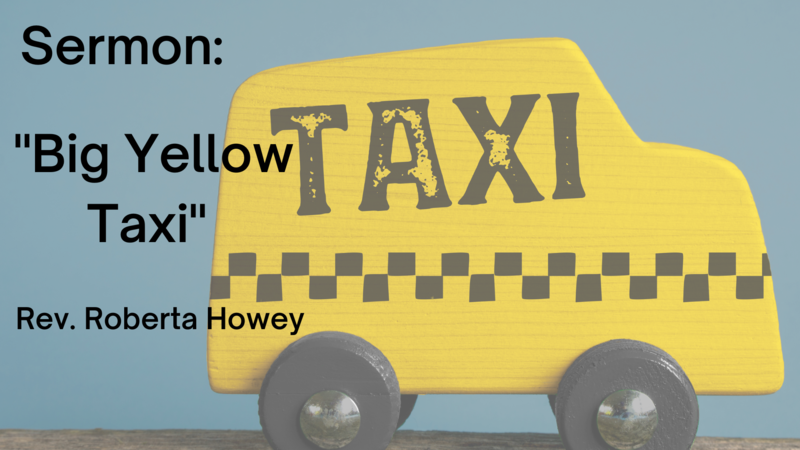 Welcome to week two of our Gospel in the Galleries series, where we explore familiar stories from scripture and what some Canadian artists might have to say about them.

As we continue, remember our rules for this road trip through Canadian art; all art is subjective, and we aren’t choosing pieces because they are the most skilled, but because they speak to these readings in some way. And two, as much as I love Canada this isn’t either a love letter nor is it three weeks of lambasting Canada. But it is a chance for us to see different perspectives from across the country.

I love the Mary Martha reading. Really, I do. I think that we have all been either Mary or Martha at some point. We have either been busy doing the chores or the errands and see someone who we know needs to help us and get upset they aren’t doing it. Or we have been Mary, doing something that looks on the outside not as important, but is really necessary. And for our hard work, we are chastised because we aren’t doing the important chores.

Martha’s home is bursting with disciples. And like many cultures, ancient Palestinian Jewish culture is one run on hospitality. Guests need to be fed and cared for. So, Martha, being the head of her household (for there is no mention of a husband and she lives on her own), gets to work, serving all of the guests who are there to see Jesus. Mary, enrapt with Jesus’ teachings, is focused on his words rather than what she would be doing, and should be doing, helping her sister serve.

To us, this reading sounds kind of harsh on Martha. Jesus says that Mary has taken the better path by listening to him, but did he not just eat at Martha’s table and drank Martha’s wine and sat in the home maintained by Martha? He isn’t offering to help, none of the other disciples are offering to lend a hand.

You may recognize these women, the “Famous Five” of the suffragette movement to get (admittedly many but not all) women the right to vote. There are statues all across Canada celebrating how brazen they were in their determination, dealing with everything from casual sexism to death threats.

In the mid-late 1960’s the United States was engaged in military conflict in Vietnam. The military draft was in full swing, and not everyone was willing to fight, whether on personal or moral grounds. Draft dodgers, as they became known, fled to Canada to avoid prison-time. And they were helped with associations like The Toronto Anti-Draft Program, as seen here in 1967, and groups like the Quakers who have always refused combat involvement on religious grounds.

This is a 1981 protest against the proposed Canadian constitution that would have eliminated Indigenous rights. Because of activism like this, they were preserved. Hospitality is well known here as well. One of the largest instances of that would be about 20 years ago.

On 9/11, 7000 passengers from 38 planes were diverted from destinations across North America to a rock in the middle of nowhere- Gander Newfoundland. Suddenly this whole town had to accommodate travellers on one of the worst days of America’s recent history, while processing the tragedy themselves.

When push comes to shove, Canada will set out the table and prepare a bed for you wherever you need it.

Ministry of Service, where we do the work and do it well, is one that anyone can do to some degree. You don’t need to be in parliament or a billionaire or a genius surgeon to know that the world has a lot of hurt and we are able to heal it.

But it is exhausting. It drains the soul. Just going through these images, I don’t know about you, but I feel tired. Hearing only about the pain and damage and hurt can make us burn out. It is why many people in helping professions, like social workers, teachers, and yes, ministers, can burn out so easily if we only see the pain.

Ministry of the Word steps in. It fills the cup.

Art is not just here to tell us of the tragedy, much of which we saw last week. It reminds us of what we are fighting for. It brings joy.

For example, Gurdeep Pandhar of Whitehorse has grown famous on social media for his dancing, which he does for basically every occasion. Here he is after receiving his first Covid vaccine dose, sharing a bit of joy with the world. https://www.youtube.com/watch?v=aiGXQh7Dy5I . He has also collaborated with bagpipe players, First Nations drummers, can-can dancers, and more. Joy radiates from his dancing.

This is actually a photo of the rehearsal of the Elmer Isler Singers from 1976. You will note the pews. They are rehearsing in St. Anne’s Church, which is a few blocks away from Bridgepoint hospital.

Churches become places where the cup is filled and emptied in out work. We use art to remind us of the beauty of the land and all that it holds.

The most famous being The Group of Seven, and Emily Carr. This painting was done in Wawa, where there is a plaque and a bronzed artist’s stool for anyone to sit and see the exact perspective that AY Jackson had when he painted the shore.

The Group of Seven went across the country painting nature in its glory. These painting not only restore the soul but remind us that we are here as stewards of these lands, not owners. Thompson’s The Jack Pine is one of the most famous of the works, in my experience. And if you are interested in some more history, there is a Twitter account that shows his diary entries each day in the year before he died, where you get glimpse of his life. And Emily Carr is one of the most famous painters from the West Coast.

The Indian Church is considered one of her best works. The bold strokes, the richness of the colour. You can breathe in the pine scent from this painting.

Artists like these have been able to make even the most urbanite of us (like myself) feel connected to nature and all it holds in a way that creates activism. Much like Joni Mitchell’s “Big Yellow Taxi,” they became calling cards of the importance of the earth, and conservation efforts. Martha and Mary. Two sides of the same coin. Finally, art can help you process your darker moments. Films like We Were Children help communities acknowledge and heal from the trauma of residential school systems.

And for something a bit more recent, you may recognize this play, Come From Away, which tells of the time when Gander became refuge for 7000 weary travelers. The music has a distinct Newfie flair and had even people who never knew this story filled with hope

Mary doesn’t always sit at Jesus’ feet. And Martha isn’t always doing the dishes. They have chances to switch roles as they grow into their ministries and learn what works for them and what doesn’t. But we need both in our lives. To call attention to both great beauty and great evil, to act upon it, and to celebrate every step we take. Whatever you do today, whether it is service or word, know that you are helping make the world a better place with that work. And that you are indeed doing something beautiful in God’s name and creation.