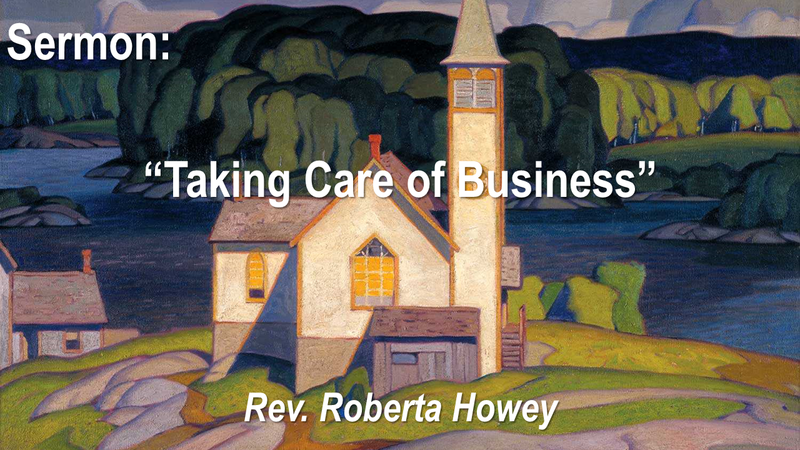 One of the organizations I work with is the Canadian Council of Churches, which includes many denominations, including us in the UCC. Each January, there is the Week of Prayer for Christian Unity (WPCU), 7 days of worship, bible study, activities, and prayer to help us see commonalities and understand our differences. Which means each spring, our team gathers with next year’s materials, and we slowly go through everything, offering notes on creating an ecumenical service.

Have you ever tried to connect a United, Presbyterian, Catholic, Lutheran, Anglican, Baptist, and Orthodox team? Like cats. Like fluffy, and stubborn cats. Some use different hymns, some use different prayers. For some the sermons will be 40 minutes long, others a 10-minute reflection. The Orthodox churches have a completely different setup, and their worship service needs to be created differently from scratch. We do not do communion, that is how we get another Reformation. Not to mention that I am aware that many of these denominations wouldn’t let me preach in the pulpit. You know, for being ginger. Like feral, fluffy, stubborn cats.

And yet, we get to one part of the service, after the sermon and music, where there is prayer. And no matter how the prayers look, they always end with “insert the Lord’s Prayer in the language of your preference.” That sounds like a recipe for disaster. We just got them to this point of community and now you are letting everyone pray in random languages? How will this work? This is the fun bit about the spoken Lord’s Prayer. In almost every language it is spoken in, it has the same cadence. Have you heard the prayer spoken in Italian? French or Russian? Japanese or German? They all follow the same flow- [Our Father, who is in heaven]. Even if the words change slightly, it is a familiar beat.

In churches around the world, across thousands of years, it has been an anchor for the identity of Christians. You may know nothing about other prayers or stories, not know a single hymn, not know how to respond to a single ritual, but the Lord’s Prayer is something that connects billions of souls. Those spiritual connections are important for so many. If you aren’t in the church, you see those in our art and society as well. The image we started with is from Roch Carrier’s famous children’s story The Hockey Sweater, which given to a non-Canadian can tell you a great deal about rural Quebec from this era.

Written in 1979, it was about the author’s childhood. If you haven’t heard the story, the post-it note version; in a tiny village in Quebec, every child idolizes the best hockey player in the world, Maurice “The Rocket” Richard. They all wear his hockey sweater. The author pleads his mom for a sweater of his own, and she finally relents, but there is an error; he receives not the red Montreal Canadian’s jersey, but the dreaded Toronto Maple Leaf’s. He is teased by his friends, his teachers, strangers, until he finally blows up at everyone to leave him alone. He is sent to pray for forgiveness for his outburst, which gives us the final line of the story “I prayed for a hundred million moths to eat my Toronto Maple Leaf’s Sweater.”

I say this as someone who was born and raised in Toronto, someone whose parents are from Edmonton, and someone who frankly doesn’t care that much about hockey; that story becomes a touchstone in the Canadian soul, one that connects us beyond generations and locations. It becomes an anchor in a way.

This is something that Canadian arts programs have worked tirelessly on throughout the decades. With regulations requiring Canadian stations to play a certain percentage of Canadian content, and with guidelines on what exactly that means, we get exposed to a lot of it. And they connect us. My favourite examples of this are Canadian Heritage minutes.

Commercials that would run on CBC and other channels that covered Canadian history such as sports, medical advancements, and politics. Some aged better than others (one has Pierce Brosnan playing an English author who pretends to be an Indigenous man called Grey Owl), but they give Canadians insight into our own history, in a media landscape where many of us can name US Supreme Court Justices but don’t know who our MP is.

Wilder Penfield, mapping the brain through a woman who experiences seizures. Heritage Minutes are seeing a renaissance on social media, where one-minute clips make them perfect for teens to watch on Tik Tok and Instagram. A whole new generation knows of “I smell burnt toast.”

It is also in music that we see these touchstones.  Paul did a fantastic rendition of “Song for the Mira,” connecting us to a community that feels familiar and yet unfamiliar. Sea songs are a major part of our ethos here as well. Stan Rogers “The Mary Ellen Carter” is still considered one of the greatest Canadian folk songs of all time. Based on all of my research, the Mary Ellen Carter is a fictional ship. It was inspired by the communities of the East Coast, and has been credited with saving at least one life, but we are made to feel things about a ship that never existed.

One of my personal favourites of wearable art is something you may have in a closet somewhere. The famous HBC Olympic mittens were sold for the 2009 games in Vancouver. My own grandmother shipped them from Edmonton, and God rest her soul she was proud of snatching the last couple of pairs before the other grannies got there. Proceeds go towards Canadian athletes with each year’s new pair, but the originals became art in their own. Even people that hated the Olympics, for the cost involved, the politics involved, got a warm and fuzzy feeling with these mittens.

A cynic may call it a bit manipulative. But I am not a cynic.

Cultural and Spiritual anchors hold us steady. They let us think of who we want to be or remind us of who we were and where we come from. They can be a way for us to use a cultural shorthand with each other, and forge new friendships. I may know nothing about someone from 100 Mile House BC, or Medicine Hat Alberta, or even Windsor, but we may all recognize each other through a Heritage minute about Laura Secord running to alert the army of the invasion plans of the Americans, or joining in a sea shanty about how we were the last of Barret’s Privateers from Stan Rogers’ beautiful story-telling. Likewise, I may know nothing about my Christian siblings in Mali or Taiwan, or Peru. But we can start that connection with this prayer. This prayer that asks God to forgive us when we mess up and help us forgive others when they mess up. To give us the necessities of life and to keep us safe. This prayer that reminds each and every one of us that we start with God and end with God. That is universal. That is eternal. And that is Divine. Not all cultural touchstones are just for aesthetics. Many serve as the meeting point between two people.

In the Human Rights Museum in Winnipeg, an exhibit was held last year for artists around the world, called Artivists. They are activists who told their stories and called for justice with their art. One such piece was this healing blanket,  -done by Indigenous women across the country to share their experiences with residential schools and healing from the trauma. In a world that venerates painters and sculptors, I think it is important to remember artists like quilters. Artivists the exhibition called on audience members to take part in the 60/60/60 project- devote some time to a human rights cause that moves you, whether you have 60 seconds, 60 minutes, or 60 days. Everyone, Indigenous and settler, white and person of colour, disabled and able-bodied, young, and old, is called to be inspired by these connections, and make a tiny yet important commitment to each other and to humanity.

This is what I think of when I think of the Lord’s Prayer. It is such a small prayer, 20 seconds at most. It is a relatively inoffensive and non-specific prayer, and yet it has the power to unite people, connect them, and call us into sharing love and justice with the world, strengthened by the Spirit and moved by the teachings of Christ. Our cultural touchstones and religious anchors help make the world one we can navigate with surety and compassion. In the banquet of Canadian art, we have just hit the sample platter. People spend their lives devoted to this work, and I haven’t explored beyond the surface, or we would be here for months. But we have seen art that moves us, art that shocks and angers us, art that comforts us, and art that compels us to make the world what we know it can be, a kingdom of God that is just and kind and beautiful for all of humanity. And while I, believe it or not, won’t compel you to encounter Scriptures in a specific way, I might suggest that we approach it as we do art. With a willingness to be moved by it. To know that it may not be 100% historically accurate, but there is truth. We can be moved and angered and confused and also healed and comforted, and experience beauty and joy. Our ancient texts, for all of their inconsistencies, hold a power of thousands of years of humanity doing as all of our artists have done; attempting to show the human condition and the love of the Universe in a way our souls understand. This is what I see when we experience our Scriptures. Stories that are complex, and sometimes frustrating and not always the easiest to comprehend, but still, it moves me, and anchors me in the storm. It is a thing of great beauty and compels me to do my part for my tiny corner of creation. It is by any sense, God’s art in this world. The audience is subjective, the speaker mysterious, and the beauty is as vast and eternal as the universe.

May we be able to feel the love of the Holy Painter, Canvas, and the Paint upon all of us.