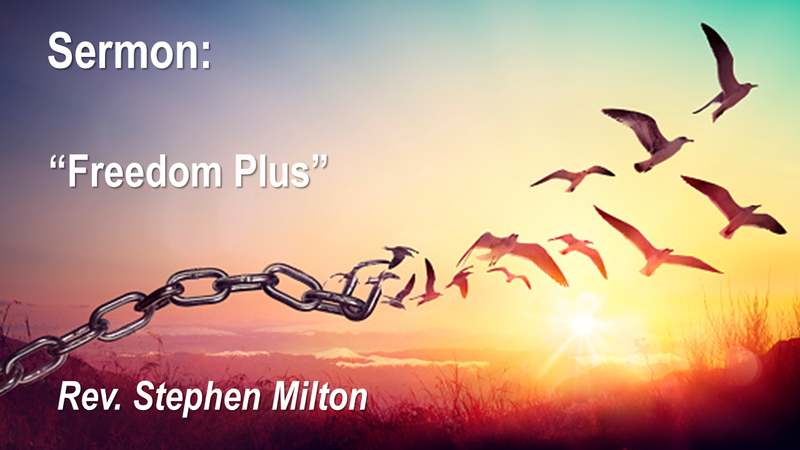 One of the strange things about the Christian calendar is that as we get closer to Advent and Christmas time, the readings in the lectionary become apocalyptic. We’re getting ready for the charm and warmth of the Christmas story, but the readings are about the end times. In today’s reading, Jesus gives a sketch of what the end may look like. It will be preceded by terrible events, both social and natural. Nation will rise against nation, and even the sea will seem like it is at war with itself. In three of the gospels,[1] Jesus provides descriptions of the calamities that will ensue before Jesus finally returns in the Second Coming. It seems like an odd way to get us ready for the good feelings of Christmastime.

If this reading sounds strange to us, it would have sounded even stranger to non-Christians, particularly pagans. Your average ancient Greek and Roman didn’t believe in linear time. They saw time as a cycle, where what happens today will happen again, and again and again.[2] This idea of time was inspired by nature – this fall will be followed by winter, spring, and summer, and then fall will happen again, year in, year out. The Romans and Greeks applied this cyclical view of time to human beings. If you were a wealthy person in this life, you would experience all of this over again after you died. Same with slaves – if you’re a slave now, you will be a slave again. That is your fate, there was nothing to be done, that was just how time worked.

This way of looking at time was enshrined in their myths too.

This is a statue of the god Prometheus which stands in front of the Rockefeller Plaza in New York City. Prometheus was a Greek god who took pity on human beings and gave us the gift of fire. You can see the fiery torch in his hand. He flies above the Earth, and a ring. The ring represents the zodiac, the stars that circle the Earth years after year.

Prometheus is in Rockefeller Plaza as a symbol of human freedom and ingenuity. What the statue does not show is how Zeus punished him for this transgression. He was tied to a rock on a mountain top where each day an eagle came to tear out his liver.[4]

Overnight it would grow back, and the eagle would return the next day. This was time for the Greeks and Romans – an endless cycle where human freedom was impossible.

But when Christians came along, they presented an entirely different model of time. Time was a line stretching backwards and forwards. It has a beginning: the creation of the universe by God. It has a long middle, with the events of human history. And it has an end, when nature and society alike will fall apart, and Jesus will return on the clouds to judge every person who has ever lived. The evil will be put in their place, and the good rewarded, regardless of what the rulers thought of them. For the oppressed, this was good news – they would not be trapped forever reliving a terrible life. Even better, the ones who oppressed them would finally be punished.

We may find this model of time both obvious and unnerving. It’s obvious because it is what we have grown up with. None of us expect to relive this exact day, because we know in our bones that time is linear. One of the frustrations of the pandemic lockdowns was that every day seemed the same as the previous day – and that felt wrong. We expect every day to be different. The idea of reliving this life over and over – that is the stuff of science fiction nightmares, not reality. The fact that we feel that way about time is because Christianity won the culture wars over a thousand years ago.

We’re glad we don’t live in a cycle of time, but we also find the Christian view of unnerving because it includes the idea of a final judgment. Our culture sees that return of Jesus as terrifying. For most people, the Final Judgment calls to mind this painting by Michelangelo in Vatican:

It looks like something from a horror film, not a triumph of justice. Christ appears triumphant, which should be a time or relief and victory,

But the painting stresses dread. The threat of hell which once scared Christians into obedience now seems like so much fear mongering. How can Jesus be loving and the world’s judge at the same time?

Our answer, as a culture, has been to set aside this part of the Christian story. Time may have an end, but that is for scientists to figure out. They can tell us when Earth will die, or when the stars will burn out. The rest of us just want to go to heaven after we die. What happens to the universe as a whole when it dies – that’s someone else’s department.   But a funny thing has happened along the way. As a secular society we have adopted Christianity’s belief in human freedom, and we have rejected fate. The Ukrainians are willing to fight and die for their personal freedom, and I suspect Canadians would do the same faced by the same choice. That love of freedom is reflected in our collective dreams, the movies.

We flock to movie theatres for stories about heroes who have perfect freedom to do whatever they want.

The James Bond series celebrated its 60th anniversary this year, after 25 films and 6 actors playing Bond. 007 continues to fascinate because he represents perfect freedom: he can kill anyone he wants; he sleep with anyone he wants; he can break every conceivable traffic rule. And, tellingly, he is always fighting to save the free world from destruction. He is one of our freedom fighters, in every sense of the term.

Even Christianity’s fascination with the end of the world has not gone away, it has just been stripped of its religious content. There used to be just one way the world would end, with Christ’s return. Now there are dozens of ways the world will end: with nuclear bombs, with a zombie apocalypse, with climate disaster, with asteroid strikes, with alien invasions, with robot takeovers. We are more obsessed than ever with the end times.

What they all have in common is that the survivors, like James Bond, can break every rule of civilization to survive. You can shoot anyone you want during the end of the world. It is a vision of the freedom of cruelty. We in the West didn’t reject the Christian idea of linear time and the apocalypse. It is alive and well, and people will pay over and over again to imagine being in it.

That idea of freedom as the highest value is becoming more obvious is our real lives, too. There was a time when we defined freedom as being made possible by democracy. But that connection appears to be unravelling. The hearings in Ottawa have revealed that the leaders of the truckers who invaded Ottawa imagined freedom without democracy. They wanted the Trudeau government to step down, so individuals could be free from pandemic restrictions. In the United States, the validity and legitimacy of the electoral process is being called into question, as an enemy of personal freedom.

Here in Ontario, we are watching the same process in slow motion. The Ford government is losing interest in democratic processes. It has changed the rules for how our city is governed, by changing ward sizes.  It has given the mayor the ability to overrule elected city councillors. Last week, the government invoked the notwithstanding clause to override collective bargaining rights. This week, it backed down, but the episode establishes a dangerous precedent.

In today’s scripture reading, Jesus is posing a question about freedom and emergencies. The Son of man will return after it seems like society and nature are falling apart. But when will know that the end has come for real? Jesus explains that long before he returns, there will be times when nations will fight nations, and natural disasters will abound. Those will be scary times, and people will claim it is the end, and that they should be in control. But Jesus warns, beware of those who use emergencies to justify taking power and claiming to be me.

So, what do we do in times of false alarms, when people claim this is the end? Jesus tells his disciples not to fear, even if they are captured and interrogated. Don’t worry about what you will say, for the spirit will be with you and give you the words to say. Some of you will even be killed, but do not worry he says, you will be given life – eternal life.

Jesus is providing a different model of freedom than what people are used to. We might call it freedom plus. It is normal human freedom amplified and turbocharged with the power of the holy spirit. It is not a radical supernatural event. All of us have heard ourselves say things that were smarter and wiser than we are usually capable of saying. “I don’t know where the words came from, but I said to her.” As a minister, I often hear myself saying things which surpass my usual understanding of life. It feels like God has taken the wheel for a while, providing a message to someone who needs to hear it at just the right time. As Christians, we are encouraged to be open to this kind of spiritual influence. We are called to be free, free from evil, free to love, and free to be God’s agents on Earth at all times, but especially when things get scary.

As Christians, we are invited to see life as an opportunity to live with God’s help, and as God’s servants. We know from personal experience that when we help others in need, we, too are helped. There is a paradoxical freedom in serving others, an enrichment of our lives. It is when we help those whose freedom is in danger that we become freer. That enhanced freedom comes when we help Christ do God’s work here on Earth, standing up for each other’s freedom and our human rights. The reward helping God is that our lives are granted enhanced meaning. Our friends and loved ones will be able to stand at our funeral and say what we stood for, and for whom we stood up. It is common at funerals to hear more about a person’s hobbies and volunteering than what they did at work. Helping others is what generates meaning in our lives, and each time we extend love to another, we are being with God.

That kind of meaningful life is something worth pursuing, and worth celebrating. So today, we are going to welcome five people into our church family. They want to be members of this community so they can feel connected to God and to all of you as we try to serve God in this enhanced freedom. They already know this path. As you have heard, one works at a women’s shelter, another two were co-founders of faith in the common good, a United Church organization that funds projects for church renewal and justice. Another heads an organization in London that helps Muslim newcomers adjust to Canadian society. Like you, they have been drawing on Christ’s spirit to enhance their life, the life of family and friends, and the life of others.

We are called to a form of freedom where God and humanity can walk together, long before the end comes. We will be helped in our journey to help each other, come what may, guided by God’s love, sustained by God’s spirit, mouth pieces for God’s hope.