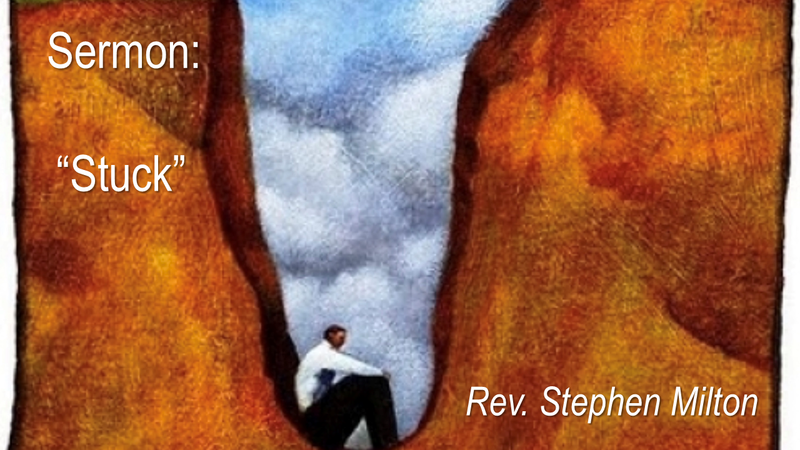 Why is Jesus on the cross? What threat does he pose to the public? In church we spend much of our time hearing stories about how Jesus was the prince of peace, and preached peace and compassion to the masses. He has regaled them with spiritual instruction, healed their wounds, and challenged them with parables. At no time has he encouraged armed insurrection. So why is he on the cross? Even the Roman governor can find no crime to prosecute worthy of the death penalty. In fact, it has been an article of faith for Christians that Jesus went to the cross completely innocent. That is why his willing death is such a powerful spiritual act. So why is he on the cross?

The people who get him arrested are the temple officials. They are the elite Jews who manage the temple. They are in the pockets of the Roman rulers. Regular Jews see them as corrupt. But they like being in charge, they like the power they have from the Roman invaders. They do not want to upset this system. So, when they hear Jesus questioning their authority, they fear both him and his followers. They decide that he is a threat to their religious and moral order. They tell the Romans that he violated their religious values and morals by healing on the sabbath, by claiming to be the Messiah. They claim that his followers want him to be the next king of the Jews. That would be a threat not just to the moral, religious order, but also to Roman rule. The Romans find that convincing. So, they place a sign above his head –King of the Jews.

Jesus is arrested by the morality police of his day and killed by a state that wants to protect itself from any threat of insurrection. He dies innocent of any crime, but guilty in the eyes of the state and the people who seek to protect public morality.

When states need to remind the people who is in charge, they have the legal option to use deadly force. The Romans did it by killing people on hills next to roads. Recently, we have seen this same process in Iran. The Iranian government has several levels of security forces. There is the regular kind of police, there is the army, and there is also the morality police.[1] They keep an eye on the population to make sure they are observing religious laws, particularly with respect to clothing. One of those laws is that women should wear hijabs to cover their hair. This is not required by the Koran,[2] but since the 1979 Revolution, it has been considered a mandatory sign of piety by the Iranian government.

In September, the morality police detained Mahsa Amini. She was 22 years old, living in north-Western Iran.[3] She had come to visit relatives in Tehran. She was an observant Muslim, and on this day, she was wearing a hijab. However, a few officers from the morality police detained her anyway, saying that she was not wearing it properly.[4] They took her into custody for questioning, and probably physical intimidation. It is unclear exactly what happened next. The authorities claim she had a heart attack. Her family says she had no history of heart problems.

Images from the hospital where she died show bandages on her neck and head, suggesting she was beaten by the police. [5] What happened next is better known. News of her death spread, and so did the outrage. All across Iran, women started protesting, horrified by the needless death of a young woman at the hands of the state. Protest rallies sprang up all over the country, and have spread all over the world, including here in Toronto. In Iran, the government has demanded that the protests stop, and they have killed over three hundred protesters on the streets.[6] The stakes are clear: the state will use violence to hang onto power against the people. This is no longer about how a young woman wore her hijab, it is about the legitimacy of the state itself.

One of the reasons that Iran has erupted in protest is that this is not the first wrongful death at the hands of the police. Iran frequently imprisons, tortures, and kills people who speak out against the state.[7] Unlike Mahsa’s case, their names are not well known. Their deaths did not spark protest movements. Instead, they die wondering how life could be so fundamentally unfair that they should be killed as proof that a corrupt state is in charge.

In North America, we see the police and the state very differently. We are raised to see our police forces as the people who keep citizens safe from crime and violence. We pay them to protect us. In Toronto, 23% of all property tax dollars are devoted to funding the police force. [8]  Most years, it is the single biggest item in the city budget, larger than public health, subsidized housing, or public parks. We invest in the police because we believe they offer needed protection against theft and physical danger. We do not see them operating as a morality police, rather, they protect us against real dangers to our public order.

However, in practice, our police have been given the power to act as a form of morality police. In Iran, wearing a hijab improperly poses no physical danger to anyone else. Instead, the way one wears a hijab is taken as a sign of the state of a woman’s religious piety, her state of mind. The same can be said for drug use here in the West. For decades, we have been told that getting stoned endangers public safety. Recently, marijuana has been legalized. But for years, the police randomly stopped people on the suspicion of carrying personal drugs, including weed. Looking back, it is unclear how someone smoking a joint at home was any different from someone getting drunk while watching television. Neither was sober.

Yet, the police have sent hundreds of thousands of people to jail for consuming the wrong kind of intoxicant in the privacy of their own home. They were punished for their state of mind, just as women in Iran are arrested on the suspicion that they are not being pious enough, based on how they are dressed.

The moral nature of policing here can also be seen in who the police stop on the street. Black and Indigenous people are stopped randomly for drug searches much more often than white people. If you are white, you may never have been stopped by the police when you were walking down the street. But in Ontario, Black people live with this possibility every day, including when they are driving.

In Ottawa, Black drivers are stopped by the police twice as often as non-Black drivers, relative to their proportion of the population.[9] The police go out of their way to stop these people because they are seen as different from the majority who employs them.[10] Up until recently, Toronto police frequently strip-searched suspects at police stations.[11] Under any other circumstances, being forced to take off our clothes would qualify as sexual assault.  This is a form of moral insult, meant to remind suspects who is in charge.

For Black and Indigenous people, the sight of a police officer can send one’s heart racing. Interactions with the police can result in physical assault, and even death. Black people in Toronto are 20 times more likely to be shot dead by the police than white people.[12] We are right to condemn what is happening in Iran, but we should remember that for Black and Indigenous people here, random stops for suspected infractions is also a reality. We, too, have a morality police which harasses and endangers certain types of people who usually pose no danger to society.

Most people who face harm and death at the hands of the state do not inspire movements, they are simply stuck with an unjust fate. That is what we see on the cross in today’s scripture reading. Jesus has been working miracles for three years. He has the supernatural power to be rescued from the cross. But He chooses to be there; his is a willing sacrifice. But this crucifixion account also includes a curious dialogue with two other men who are being crucified. They are utterly stuck. Like so many political prisoners, Blacks and Indigenous people who have faced death at the hands of the state, they have no power to rescue themselves. Like so many cancer patients, faced with inoperable cancers, they have no power to defy death. These two bandits are simply stuck on the cross, stuck with the impending reality of death. Where is God in this kind of death?

To answer that question, the Gospel of Luke tells the story of the two bandits. They represent all of us as we face a death we cannot escape.   One is bitter. He scoffs at Christ, taunting him. If you’re so great, why don’t you rescue yourself? The other bandit is remorseful. He knows the sins and rebellion against the state that got him here.   And when the first bandit taunts Jesus, the second one tells him to stop. He can see that Jesus is innocent. Christ deserves no scorn; he doesn’t deserve to be here on a cross.

Consider the meaning of this scene. This bandit, with nails through his wrists, abandoned by everyone who knew him, a man who has every reason to feel sorry for himself, it is this man who manages to be kind to another human being suffering the same fate. He defends Jesus, offers words of kindness. He can sense that Jesus is a good person, perhaps even the Son of God. So, he asks meekly, remember me when you see God in the kingdom. This man without any choice of what happens to him physically has made a moral choice – to be kind to another person.

That’s it. His humanity has been reduced to what he can think and speak. He has chosen compassion over bitterness. And for that, just those words, Jesus says, this day you will be in paradise. For that, Jesus is saying, you will be with me in heaven.   This is the answer that Christ offers to everyone who faces a death they cannot prevent. At the hands of the state, at the hands of cancer, at the cold, cold hands of death – be kind. Do not lose hope. There is more to your life than the number of heartbeats.

The meaning of your life will be defined by even so simple an act as being kind when you couldn’t move a muscle. Choose kindness, right until the end. You may die long before the morality police are defeated. You may die Long before a cure for cancer is discovered. But do not lose hope, even as you face an inescapable death. Because in Christ, death is not the end. That is the hope that Christ offers from the cross, to every person who has ever faced an inescapable death. God loves you; you are not alone; you live in God’s world. Love will win even when you lose your life. Choose love, and paradise can be yours.