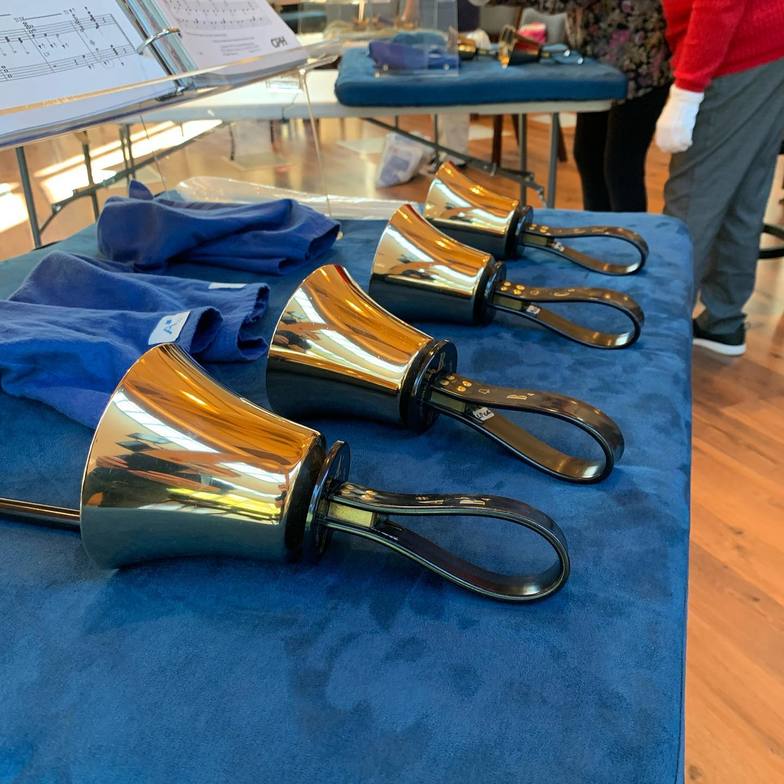 The Lawrence Park Handbell Ringers were established in February 1988 with the arrival of a 3-octave set of bronze metal bells made by Schulmerich Carillons, Inc., Pennsylvania, and were funded by a grant from "New Horizons" which was a federal program administered by Health and Welfare Canada designed to give seniors an opportunity to share their interests, skills and talents. All ages are now welcome.

A new 3-octave set of hand chimes was dedicated on Anniversary Sunday, November 22, 1998. Funds for these new instruments were donated by Adele Ebbs and other members of the Handbell Ringers. On February 20, 2005 a bass G bell was dedicated in memory of Dorothy Irvine, a founding member of the group. This bell is the beginning of a fourth octave and is now the largest bell with the deepest tone.

Rehearsals take place on Tuesday afternoons at 1:00 pm from September to June.