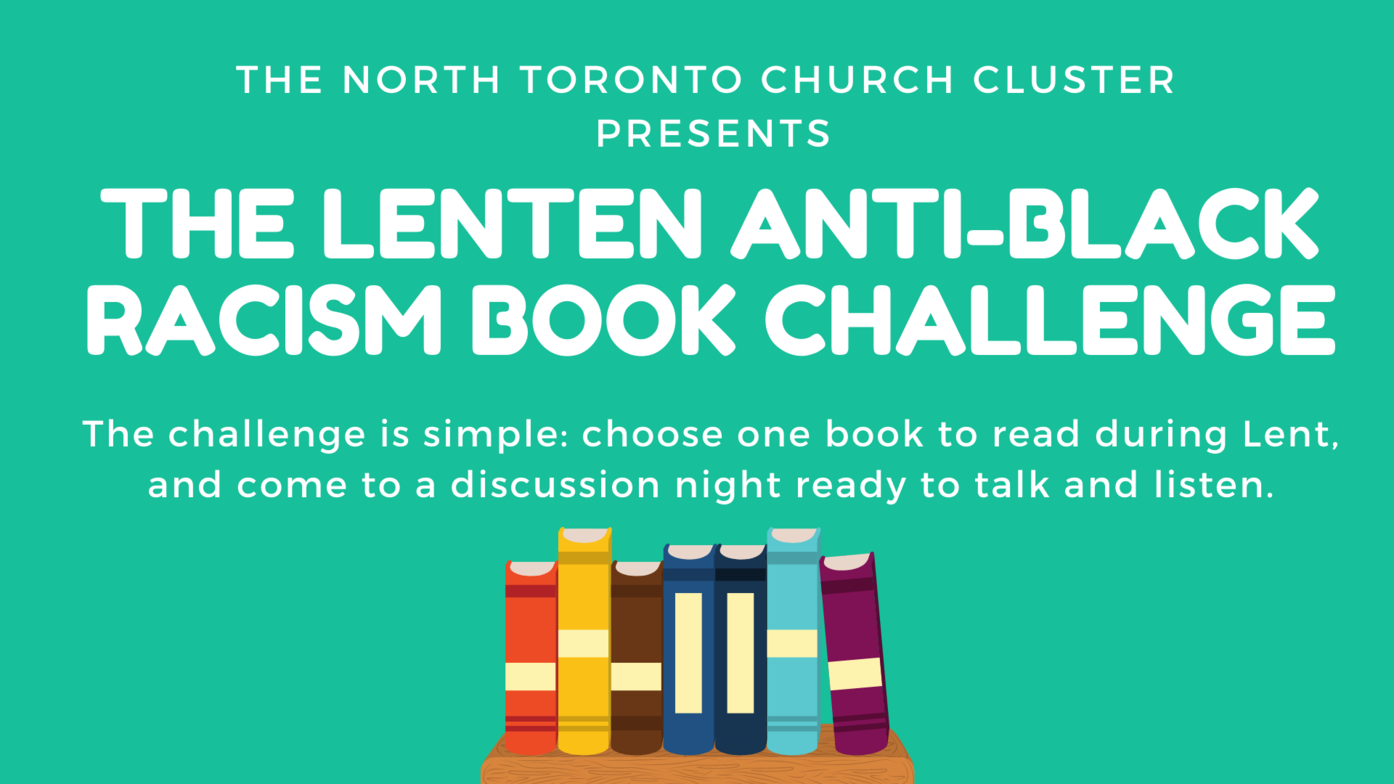 The Lenten Anti-Black Racism Book Challenge
Click here to access the Zoom links
This Lent, we are challenging the congregation to read one book about anti-Black racism, and then spend an evening discussing the book with others. This challenge has been put to other churches in the North Toronto Cluster, so they have been invited  to join the discussion nights and to lead some of the sessions. Some of the dates are still TBA, but the book list is firm. The books are a mix of authors from Canada and the United States, all but one of whom are Black, both women and men. They all challenge racism and provide strategies for doing so in our lives.  The challenge is simple: choose one book to read during Lent, and come to a discussion night ready to talk and listen.
List of books to read - more dates and moderators will be added

Kendi is an American historian, best selling author and contributor to the Atlantic Magazine. He argues that being non-racist passively is not enough, now is the time to be anti-racist, to dismantle systemic racism. He also has a Ted Talk interview which is good for those who do not have time to read the book. [ put in link here] *****

D'Angelo is a white American woman who runs racism awareness workshops in the corporate sector. This book explores the ways in which whites see Blacks through racist stereotypes, and at the same time deny that they are doing so, at work and in society generally.

Between the World and Me, Ta Nahesi Coates

Coates is a Black American writer who argues that the problem with racism in the U.S. is that white people really think that being white matters, that skin colour is what defines them, and that has been a disaster for people of colour, and white people.

Maynard is a Black Canadian whose book provides a richly detailed, scholarly account of how anti-Black racism permeates Canadian society, and has done so since the first Europeans arrived here and imported enslaved Blacks to New France. Excellent book for anyone who thinks that anti-Black racism is an American problem only.

Cole is a Black Canadian, briefly a journalist for the Toronto Star before being unjustly dismissed for being too much of an activist. His book is an excellent chronicle of the acts of racism which made news ( or were kept quiet) in 2017, mostly in Toronto. Cole does a very good job of providing insight into how anti-Black racism works on the personal and systemic level in Toronto.

So you want to talk about Race, Ijeoma Oluo

Oluo is an African American woman. In So You Want to Talk About Race, Ijeoma Oluo guides readers of all races through subjects ranging from intersectionality and affirmative action to "model minorities" in an attempt to make the seemingly impossible possible: honest conversations about race and racism, and how they infect almost every aspect of American life.

Hernandez is a Toronto-based author who writes fiction from a queer BIPOC perspective. Her first novel was Scarborough, which looked at the lives of racialized poor people in that part of the city. Crosshairs is the tale of a racist takeover of Toronto by the Ontario government, set in the very near future. Black, brown and queer people are rounded up or on the run. Hernandez deftly extrapolates from the present to a racist future that looks all the more plausible after the January 6th insurrection in the US.