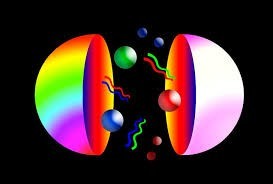 What does science and technology have to do with faith? Lots! Join us on April 8 for a visit by distintguished Canadian Physicist Pekka Sinervo, who will address the issue of Faith and Genesis. Dr. Sinervo is an internationally recognized sub-atomic physicist, who conducts research to help us better understand the basic building blocks of our universe – the quirks, quarks, leptons and the like. He is currently professor and chair of the department of Physics at U of T.  He works both at the Large Hydron Collidor in Switzerland and in the depths of his underground laboratory near Sudbury.   And, Dr. Sinervo is a practicing Jew, a past president of his Reform Synogogue. Worship begins at 10:30.

Our second Science and Faith service will be April 15. On that date, Dr. John Suk, our minister, will offer a message on the theme, “All Hail the Godbot.” It will explore the notion of AI, using the following article as a launching-off point: http://nationalpost.com/news/world/all-hail-the-godbot-in-silicon-valley-artificial-intelligence-isnt-just-king-its-literally-a-new-religion

AI is in the news, and it forces us to ask the question, “What does it mean to be human?” Worship begins again, at 10:30.