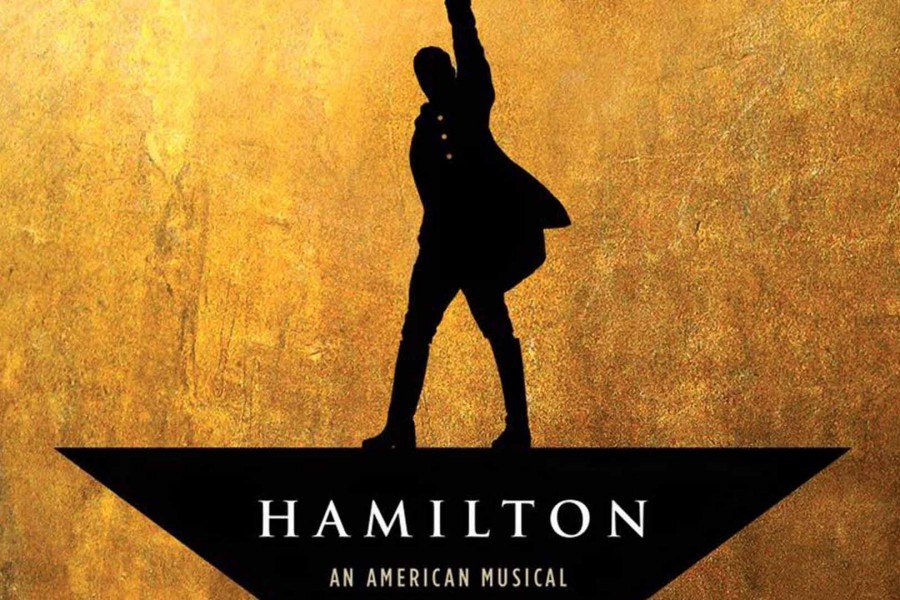 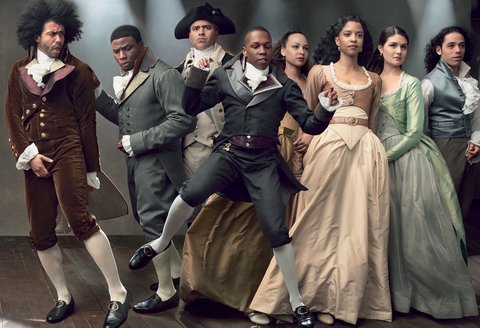 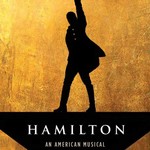 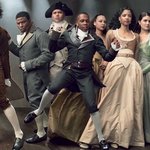 Don’t be shocked when your hist’ry book mentions me
I will lay down my life if it sets us free
Eventually, you’ll see my ascendancy
And I am not throwing away
My shot.
--Lin-Manuel Miranda, “My Shot,” Hamilton

What in the world is all of the hoopla about Hamilton: An American Musical and what does it have to do with Palm Sunday?  Really now: a smash hit musical about an 18th Century revolutionary, a Founding Father of the U.S. and Treasury Secretary, an immigrant from the British West Indies who was born in 1755 or 1757? Who could have seen that coming?

Well, many of our kids are obsessed with everything Hamilton, rapping and singing every word. I never imagined that I would be talking about the Hamilton Electors with a bunch of teens, much less Article Two of the U.S. Constitution.  Thank you LMM—as the world calls the musical’s genius composer and king of twitter! But it’s not just the kids—President Barack Obama is one of the musical’s biggest fans—those who are willing to line up for days to pay upwards of $1000 a ticket. Okay—I admit it—if I was in New York City, Chicago or San Fran I would be in that line…and sooner rather than later the superb touring company will be rolling into T.O.—in 2019-2020 actually, so I hope it is warm when the tickets go on sale. And yes, I have been inspired to write another The Gospel According to…but that is a story for another day.

That LMM—all of 37, composer, singer and actor, famously from Washington Heights.  At last count he has won a Pulitzer Prize, two Grammys, an Emmy, a MacArthur Fellowship, and three Tony Awards, among others—he almost won an Oscar for his Moana song—surely that Oscar is only a matter of time, probably next year.  He grew up a Catholic and when HuffPost asked him who he would most like to have dinner with, dead or alive, he said, “Jesus.” He has a LOT of questions for Jesus. I am sensing that there might be a future musical there and it will be amazing.

Hamilton: An American Musical premiered Off Broadway in January, 2015, earning rave reviews, and by the summer it had moved to the Richard Rogers Theater on Broadway. Featuring dazzling hip-hop and a diverse, multi-cultural cast, it continues to break box office records. Tickets are sold out for the entire run and it is on track to become one of the biggest musicals of all time. LMM was inspired by Ron Chernow’s 2004 bio, Alexander Hamilton. He started composing it in 2008 and it surfaced as a rap at a White House performance for President Obama in 2009—you can watch it on youtube.

In the words of Eric Piepenburg of the New York Times, Hamilton has heat: “A story of immigrants, from creators who are the children of immigrants, Mr. Miranda’s interest in Hamilton was sparked when he wrote a paper in high school about the 1804 duel between Hamilton and Vice President Aaron Burr, which reminded Mr. Miranda of old-school rap rivalries. ‘It’s a hip-hop story,’ he said in a 2012 interview. ‘It’s Tupac.’ “

And to me that sums up the beauty and the secret of Hamilton’s success. LMM taps into archetypes for sure, and deeply into those things that make us human. Rivalry and revolution—as old as time itself, be it in the Bible or Greco-Roman history or the life of Tupac Shakur.  Everything old is new again.  That, and the fact that LMM is undoubtedly a musical and lyrical genius.

I wrote my way out of hell
I wrote my way to revolution
I was louder than the crack in the bell…
And when my prayers to God were met with indifference
I picked up a pen, I wrote my own deliverance
--Lin-Manuel Miranda, “Hurricane,” Hamilton

Our Youth Group’s passion for the musical has inspired us to present a service featuring the music of Hamilton on Sunday, April 9, which is also Palm Sunday. The youth and choir are going to share three songs with you: “History Has Its Eyes on You,” Hurricane,” and “It's Quiet Uptown.”

Our theme is going to be revolution and the price one pays to be a revolutionary. It all makes perfect sense. When we were planning, I mentioned the Palm Sunday chapter from The Last Week to John-and Mark-we looked at it in Confirmation class and also in our Walking with Jesus series last year—Jesus’ last week was one provocative political and revolutionary act after another. The Last Week is by Marcus Borg and John Dominic Crossan—if you haven’t read it, you should; I love this book so much.

It started with a subversive procession. In the words of Borg and Crossan, “Two processions entered Jerusalem on a spring day in the year 30…One was a peasant procession, the other an imperial procession…From the east, Jesus rode a donkey…on the opposite side of the city, from the west, Pontius Pilate entered the city at the head of a column of Roman cavalry. Jesus’ procession proclaimed the kingdom of God; Pilate’s proclaimed the power of empire.” The rest of the week unfolded as a clash of these two rival kingdoms, ending with the revolutionary Jesus’ crucifixion on Good Friday.

Alexander Hamilton paid a terrible price too—disputes with former friends and allies, rumoured  marital discord and the tragic death of his young son, Phillip, ultimately losing his life in a duel with political rival Aaron Burr.

I hope you can join us for more on April 9 and I leave you with words from one of the saddest and most beautiful songs I have ever heard:

There are moments that the words don’t reach
There is a grace too powerful to name
We push away what we can never understand
We push away the unimaginable
--Lin-Manuel Miranda, “It’s Quiet Uptown,” Hamilton