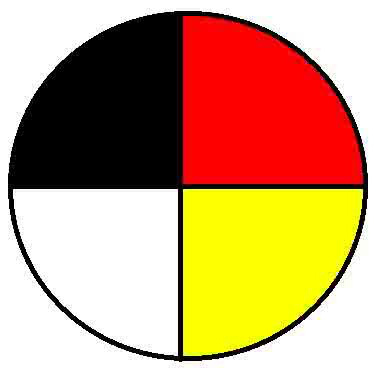 Roots have spread out from the Tree of the Great Peace,
one to the north, one to the east, one to the south and one to  the west.
The name of these roots is The Great White Roots
and their nature is Peace and Strength.
If any man or any nation outside the Five Nations shall obey the laws of the Great Peace and make known their disposition to the Lords of the Confederacy,
they may trace the Roots to the Tree
and if their minds are clean and they are obedient and promise to obey the wishes of the Confederate Council,
they shall be welcomed to take shelter beneath the Tree of the Long Leaves.

--The Peacemaker, “The Council of Great Peace: The Great Binding Law”

DeeAnn and Kenny here!  We are so honoured to be a part of a First Nations-inspired All In service on Sunday, May 7. This being the first in our Canadian Music series, we’ll have some spectacular music from Buffy Saint Marie, Robbie Robertson and Lydia Adams, but we’ll also have some significant additions to our worship inspired by our First Nations brothers and sisters. We want to explore and introduce you to a few things might see or hear in the service.

The model for western democracy had its origins in the 14th century Great Peace, or Iroquois Confederacy, and the Iroquois Book of the Great Law.

The Peacemaker travelled with Ayonwatha (Hiawatha) around the Great Lakes and St Lawrence River region more than 500 years ago to bring the Five Nations together out of a terrible war that divided them. They refer to this as their “dark times.” The Great Law of Peace or The Great Binding Law is symbolized by the Great Tree of Peace and outlines the social and political structures and protocols that the people use to maintain a peaceful society based on strategies for keeping a rational and good mind. The Five Nations became Six Nations when the Tuscarora joined the Confederation in 1722.

Women as the child bearers were acknowledged as embodying the same productive creative force as our Mother Earth, and as such, they were also ultimately responsible for the children’s education, food and land resources and political governance. For boys to become men they had to show by their thoughts words and deeds that they respected and defended girls, women and the earth.

The founding fathers of the United States used the Great Law teachings in writing the US Constitution as they embodied representational democracy - everyone should have a say. They also set up the states and the federal government relationship modeled after the original Five Nations where each nation had power to take care of their own affairs, while also having the responsibility of sending a leader to represent in the confederacy council. Chiefs had to have consensus on issues from everyone in their nation and could only speak with the collective voice of the people. Being a matrilineal society, grandmothers had the power to veto or oust chiefs who were dishonest or corrupt.

In turn the fathers of Confederation in Canada were inspired by the Great Peace as well.

Unity Buttons (available for congregation in the narthex before the service)
The Unity Button is a reminder of the teachings related to the medicine wheel. In traditional storytelling, many Elders teach about equality and respect for all people of the four symbolic colours. This is what the message behind the unity is all about, the celebration of our individuality as well as the diversity of our many nations. The important part of the button is the centre because it is where the four colours meet and where our nations join each other in the Spirit of Unity.

Medicine Wheel at LPCC
We have a medicine wheel here at LPCC. The medicine wheel that you see in the sanctuary was given to us by Kenny, who was given it by Father Norm of the Anglican Diocese of Six Nations.

Look closely at the unity buttons and the wheel and you will begin to see a pattern of fours everywhere: in the Litany of the Four Directions, the four colours of unity (white, yellow, red. Black), the four sacred medicines (sage, sweetgrass, cedar, tobacco), the four seasons and the four roots of the Great Tree of Peace.

Medicine wheels are common to many cultures and they have over a hundred teachings to help us honour the four seasons of our outer world and the complex relationships of our inner world. In Canada, the tradition comes to us from the Anishinaabe nation.

Territorial acknowledgement
From a United Church resource on the importance of territorial acknowledgement:  “Acknowledging the territory where we gather and the people who have traditionally called it home for thousands of years is a way to continue to live out the church’s Apologies to the First Peoples of North America. The acknowledgement supports our calls to others to pay respect to Indigenous peoples. It is also one way the church can work toward right relations—by repudiating the Doctrine of Discovery that assumed the land was empty when European explorers, traders, and settlers first came.”

This is not our land. The Doctrine of Discovery was a sham—a license to take, to kill, to extinguish noble and wise peoples and their cultures. Bob Rae put it this way at the Athabasca Chipewyan First Nation Treaty Conference in June 2014: “It’s ridiculous to think people would say: ‘I have all this land, millions and millions and millions of acres of land, I’m giving it to you for a piece of land that is five miles by five miles and a few dollars a year.’

For First Nations peoples the treaties also were ongoing relationships, organic, documented on wampum belts, not a frozen, binding, written contract. And we are all treaty people under the Friendship Treaty wampum and the Two Row wampum. As John Ralston Saul says. “Every Canadian is a signatory to those agreements, and those agreements have a meaning.”

It is about more than apologies, more than truth and reconciliation--it is also about restitution. As our kids start to move forward together knowing the reality of history, the adults have the opportunity to show that we understand we are treaty people too and we have responsibilities. Our challenge is to unlearn the bias that we were taught, the privilege that we were given, to model for our children how to be great peacemakers and how to honour the earth we live on.

For we did not weave the web of life; We are merely a strand in it.
Whatever we do to the web we do to ourselves.
Let us give thanks for the web and the circle that connects us all.
Thanks be to God, the God of all

Jan 24
"Being" Together Meditation Group
Jan 25
Coffee Time with Allison
Jan 26
Time for Prayer at 3 p.m.

Video about Homelessness in Toronto - How Can You Help?